OUR LAST TANGO (Un tango más) executive produced by Wim Wenders (Pina, Buena Vista Social Club, Wings of Desire) and directed by German Kral, will be released in the UK on 22nd September by Celluloid Circus in partnership with the Argentine Film Festival, London.

Written and directed by German Kral (The Last Applause, Música Cubana), OUR LAST TANGO tells the life and love story of Argentina's most celebrated tango dancers Maria Nieves Rego and Juan Carlos Copes. They met as teenagers and danced together for nearly fifty years, becoming international stars and making the Argentine tango famous around the world before a painful separation tore them apart. In German Kral´s documentary the virtuosos reunite to open up about their journey, recreating incredible tango-choreographies with the help of a group of young dancers from Buenos Aires including acclaimed dancer Pablo Verón (The Tango Lesson).

Director German Kral was born in 1968 in Argentina and moved to Germany in 1991 to study film at the Munich Film School. A former pupil of Wim Wenders, between 1993 and 1996 he worked with Wenders on the feature film A Trick of the Light. His film Música Cubana (2004), executive produced by Wim Wenders, had its international premiere at the Venice Film Festival and has been sold all over the world. 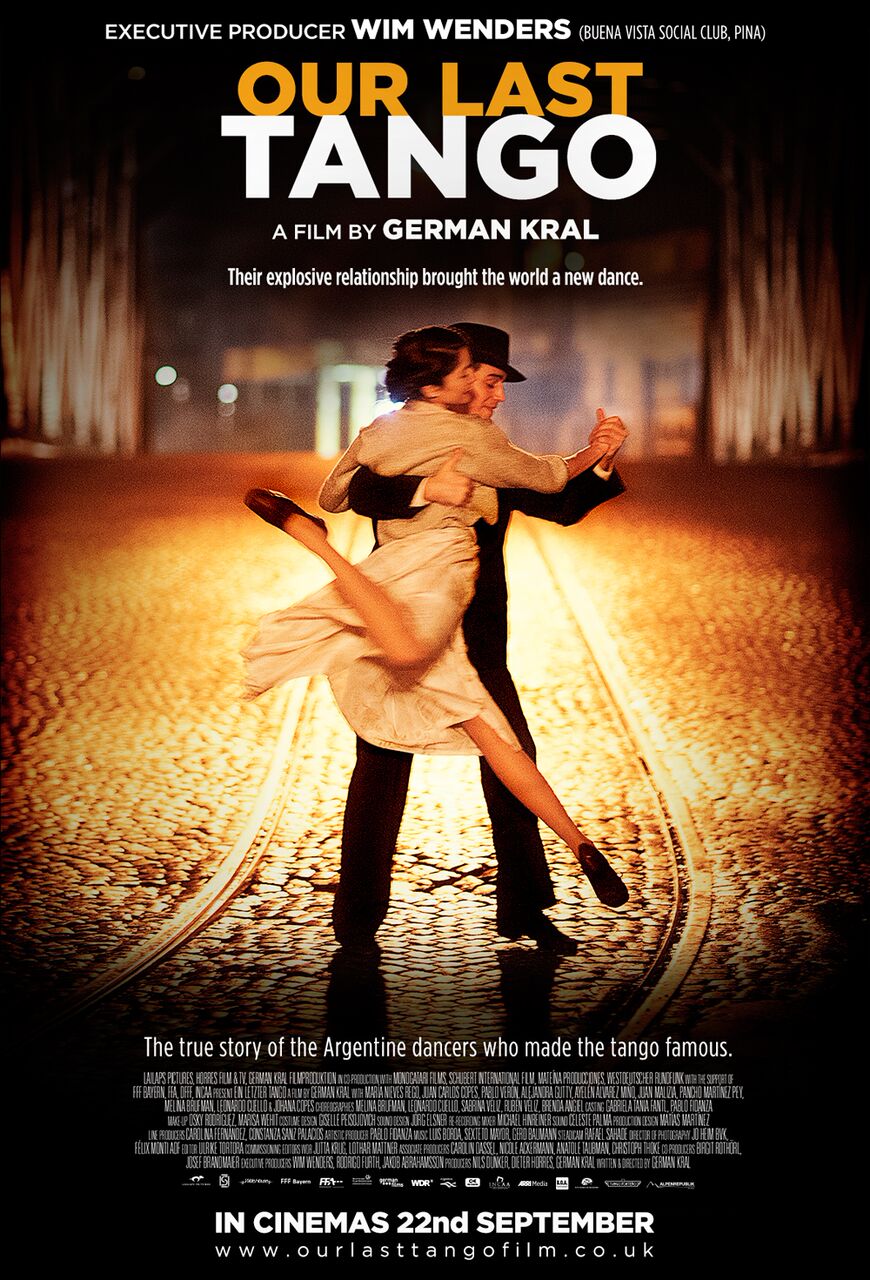 OUR LAST TANGO will be released in UK cinemas on 22nd September 2017: