Most of the world’s UK-knockers seem to live here, judging by the endless refrain on superior US commerciality, French infrastructure, German manufacturing, Chinese competitiveness and Scandinavian efficiency.

As we are talking economics, we can at least avoid the subjects of British cuisine, the weather and even football. In the City, there is a long-established tradition of selling the pound when in doubt and this has certainly been happening throughout the last three months. Intriguingly, however, both equities and gilts have done rather well and this suggests that the buyers, albeit with their various different investment objectives, are far from writing off ’dear old Blighty’. They are almost certainly right.

Of course, there are plenty of things wrong with the UK economy.Â  Everyone has their favourites but here are four that are fundamental:

There can be no doubt that these four riders of economic apocalypse have been eroding the UK’s prosperity and are currently impeding the recovery in growth. However, there are also wildly unrealistic views, especially amongst Mr Osborne’s anti-fan club (as described above), as to how quickly they can be overcome.Â  The debate seems to be degenerating into a kind of street protest:

For the more realistic, the huge changes necessary will take at least ten more years to be implemented politically and logistically in a democracy like ours. For the more patient, there are signs of increasing progress being made on all fronts, sometimes with help from the government and sometimes despite its neglect or mismanagement. 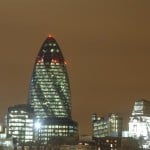 And so, it is time to spell out 21 Reasons not to despair:

Overall, there may be plenty to fret over but despair is dangerously self-fulfilling and should be set aside in ‘this sceptred isle’, albeit that there is a long, long way to reach ‘demi-Paradise’.