Letter: Respiratory health professionals call on MPs to vote to ban smoking in cars with children

Over 500 respiratory healthcare professionals yesterday urged MPs to legislate against smoking in cars with children “to protect the wellbeing of children now and in the future.”

In a letter to The BMJ, they say there is “a strong consensus that children need to be protected from unnecessary hazards, that exposing children to tobacco smoke is unacceptable, and that removing this exposure is effective.”

Second-hand exposure to tobacco smoke is a major cause of ill health in children, they explain. Smoke inhalation damages the developing lung, and the Royal College of Physicians estimates that each year in the UK it is responsible for 300,000 primary care contacts, 9500 hospital admissions, at least 200 cases of bacterial meningitis, and 40 sudden infant deaths. 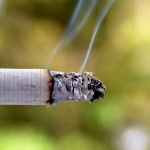 Most of this additional burden of disease falls on the more disadvantaged children in society, and all of it is avoidable, they add.

They dismiss arguments that this legislation impinges on freedom, saying the objectors “seem to value this more highly than the children’s right to breathe clean air.” And they point out that there are precedents for legislation to determine behaviour while driving, such as the wearing of seatbelts, the use of child car seats and the ban on mobile phone use while driving.

“Smoking in cars where children are present has been banned in other countries,” they write. “We urge MPs to support this important public health measure, which will protect the wellbeing of children now and in the future.”