Over 50s could be overlooking the best credit card deals

Saga Platinum Credit Card research shows that more than six million over 50s have a credit card, but the majority could be missing out on the best deals. According to a Populus poll of 8,979 over 50s in February, a third of over 50s say they chose their credit card because it was with their bank rather than search for the best deal available.

Other factors the over 50s consider when they pick their credit card are the freebies (27%) and overseas charges (11%). In fact, only a small number of people say they pick a card for money saving reasons – just 6% of over 50s say they choose a card because of the introductory 0% interest rate.

Whilst the majority of those who picked a card because of the interest free period are keen to switch cards at the end of the deal, a third say they have ended up incurring interest on the remaining balance of their credit card, either because it was too much hassle to switch or because they forgot. 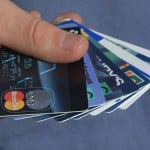 Roger Ramsden, chief executive, Saga Services commented: “Freebies can be enticing but people should look beyond air miles, vouchers and reward points when they pick a credit card. People should pick an all round good card that has a low standard interest rate that won’t turn round and bite them if they don’t pay their monthly bill in full.”

Underrated Variables in Web Design You Should Ask Your Designer About