* Seven million over 50s own cats and dogs

* Saga estimates that only one in three insure their pet

They chew your shoes, slobber on the furniture and leave nasty surprises in the garden, but more than seven million over 50s can’t live without their cat or dog. However, Saga Pet Insurance estimates that only one in three insure their furry friends.

Dogs and cats are prone to recurring complaints, and the most common claims for pets are arthritis, tumours and heart problems. These claims alone make up almost a fifth of all pet insurance claims.

Animal lovers could be left penniless if their pooch becomes poorly. Research shows that the average pet claim is almost Â£650, but some customers have faced bills of Â£20,000, when their dog has injured someone else.

The wisest pet owners are those in East Anglia, as they are the most likely to insure their pets in case of an emergency. However, pet lovers in East Midlands are the most willing to take a risk and leave their pets uninsured.

Roger Ramsden, chief executive, Saga Services, commented: “A sick pet can be the cause of family heartache, and with vets bills soaring by 10% last year, it can also cause a financial headache if pets don’t have the proper cover.” 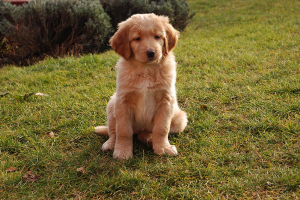 Image By Bodlina (Own work) [GFDL (http://www.gnu.org/copyleft/fdl.html) or CC-BY-SA-3.0 (http://creativecommons.org/licenses/by-sa/3.0/)], via Wikimedia Commons

The Minuteman Crossword No 5

The secret to Brits falling in love with their home is simple: a perfect location