An agreement has been reached between the Financial Conduct Authority (FCA) and Card protection Plan Limited (CPP) together with 13 high street banks that will start the process for paying compensation to seven million customers who were mis-sold Card Protection and Identity Protection policies.

The seven million customers should be getting letters from CPP outlining the process involved shortly.

According to the FCA these customers, who between them took out or renewed some 23 million policies, had been given unclear or misleading information about the products on offer. Having already been fined Â£10.5 million in November 2012 CPP will now have to set aside money for compensation as the claims come in. The banks involved will also be facing the costs as they were the ones that 'introduced' the customer to CPP's products.

However, before redress can be paid the customers have to vote on it and the scheme has to be approved by the High Court.

The FCA says that the firms involved will also be advertising this to the public to ensure that as many customers as possible who have been affected will come forward. They can expect to receive a refund of premiums paid since 14th January 2005 minus any insurance payouts plus interest at 8% (statutory – although this is normally paid out by financial institutions on a simple interest basis as opposed to compounded and is also normally taxable as an income). 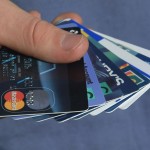 The following high street banks have agreed to the process:

Buy to Let: Is it worth the time?