Cooling house price growth and tighter mortgage regulation should be a warning signal for anyone depending on capital tied up in UK property to fund an overseas purchase in 2015, said online resource OverseasGuidesCompany.com in December.

Statistics released by Rightmove show that the average asking price of a UK home fell 3.3 per cent between December and November, or in real terms around £9,000, the highest drop the portal has recorded. While house prices are still expected to rise in the UK next year, the rate of growth is forecast to fall, to four to five per cent from around seven per cent in 2014.

Meanwhile, 2014 has been a record year for the equity release market, according to the Equity Release Council, which stated that in the first nine months of the year more than £1 billion worth of tax-free cash passed into the hands of property-owners through equity release. 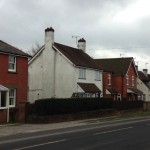 “There are reports of maturer homeowners turning to equity release because the tighter lending conditions are limiting their mortgage options,” said Angelos Koutsoudes, Head of OverseasGuidesCompany.com. “And other buyers may well be re-mortgaging UK property to raise deposits for a foreign home. We know the overseas market is linked heavily to the UK market, so would advise anyone considering equity release or re-mortgaging as a way to purchase abroad next year just to make sure they’ve looked at UK market conditions in 2015 and further in the future, are realistic about worse case scenarios and budget accordingly. Bear in mind interest rates here will go up at some point too.

“In addition, anyone with plans to retire abroad will soon be faced with more – potentially confusing – options about how to use their pension and invest, namely the new pension rules coming into play in April and the introduction of pensioner bonds becoming available in January. If you’re on the verge of retiring abroad, chatting with a financial advisor is about to become especially important.”