Overseas investors have for the first time overtaken UK institutions to become the largest owners of UK commercial property, new data from the Property Industry Alliance has revealed today.

The value of portfolios held by overseas owners has more than doubled (129%) over the last decade to £94bn, and particularly in 2013 when sovereign wealth funds were particularly active.

The increase means that overseas investors now own almost one quarter (24%) of all commercial property investment in the UK, the Property Data Report 2014 revealed, with three-quarters of this investment in London.

By contrast the total owned by UK institutions fell by 16% over the decade to £75bn, representing just under one-fifth (19%) of the £385bn invested in commercial buildings. 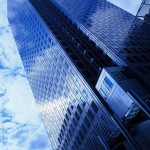 "The annual Property Data Report is an invaluable resource which sets out clearly key facts about commercial property and shows the crucial role it plays in the UK’s economy. Aside from its contribution to the economy, which the report shows to be sizeable, the commercial property industry is also a platform for virtually all the country’s other major industries and a significant contributor to the financing of retirement. Its attractiveness to investors from both the UK and overseas is therefore to be welcomed."

The research also revealed that:

• The commercial property industry directly employs almost 900,000 people, and contributes about £54bn to the UK economy, up from £42bn in 2012, equal to the telecoms and transport sectors combined,

• It also contributes almost £14bn in direct taxes to the Exchequer, accounting for one quarter of its GVA – proportionately a greater tax burden than on the economy as a whole due to property taxes such as stamp duty land tax,

• Average rental increases over the last 10 years in the office (1.1%) and retail (0.5%) sectors have increased at a much slower rate than other business costs, and well below the rate of retail price inflation (3.3%),

• Drawing on recent work by the Investment Property Forum, the report highlighted that of the £683bn total UK commercial stock, retail is the largest sector by value (£305bn), followed by offices (£195bn), and then industrial property (£126bn). Other commercial property, including hotels and leisure, was valued at £58bn.