The Oversight Committee has today published an independent report by Lord Grabiner QC. This follows his investigation into whether, between 2005 and 2013, any Bank of England official was involved in, or aware of, conduct issues in the foreign exchange (FX) market.

The key findings of Lord Grabiner's report are:

• There was no evidence that any Bank of England official was involved in any unlawful or improper behaviour in the FX market.

• A substantial part of the FCA's investigation, also announced today, concerns FX traders sharing confidential information, including aggregated information about client orders, which was then used for improper behaviour. No Bank of England official was aware that this improper behaviour was happening.

• One Bank official was aware that bank traders were sharing aggregated information about client orders for the purpose of 'matching' – a practice that is not necessarily improper, but can increase the potential for improper conduct – and was uncomfortable with the practice in that it could involve collusive behaviour and lead to market participants being disadvantaged. Notwithstanding those concerns, the Bank official did not escalate the matter to an appropriate person.

• This constituted an error in judgment that deserved criticism, but such criticism should be limited in that the individual was not acting in bad faith, nor was the individual involved in any unlawful or improper behaviour, nor aware of specific instances of such behaviour. 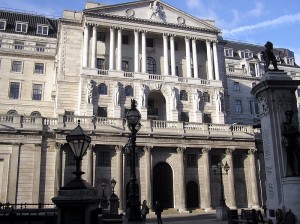 With the full cooperation of the Bank of England, Lord Grabiner's investigation extracted, and applied search terms to 1.8 million documents, and reviewed nearly 66,000 documents; it extracted, and applied search terms to 87,000 telephone calls, and reviewed 6,700 calls or call extracts; it also conducted interviews with 10 current and former Bank officials and 18 non-Bank individuals. Lord Grabiner was also provided with assistance from the FCA, including descriptions of the types of misconduct it has been investigating, and the provision of documents which would not otherwise have been available to his investigation.

Lord Grabiner was also asked by the Oversight Committee to put forward any recommendations that he felt necessary to improve processes and procedures at the Bank. He has made three recommendations:

• Documentation: It is recommended that the Bank reviews whether the steps it has taken through changes to its record management policy will ensure that sufficient minutes will be taken and distributed of meetings, such as those of the Chief Dealers subgroup (CDSG).

• Education: It is recommended that any Bank official working in connection with the foreign exchange market should receive continuing training in the non-investment products (NIPs) code – a voluntary code of conduct for principals and broking firms in the wholesale markets, or if the Government decides to regulate the FX market, the relevant regulations.

The Bank's Executive endorses these recommendations and intends to implement them in full and as quickly as possible.

Anthony Habgood, Chairman of Court and of the Oversight Committee said:

"The Oversight Committee thanks Lord Grabiner for his thorough investigation and clear findings, and we welcome his recommendations. The Oversight Committee strongly endorses these recommendations and Court will oversee the executive's implementation of them in a full and timely manner. The Bank of England stands at the heart of the UK financial system, and must at all times hold itself to the highest standards for conduct, fairness and ethical behaviour. This is vital in maintaining the public trust in our mission to maintain monetary and financial stability."

Pay, Employment and Incomes All Fall Furthest for Young Adults