Should Narendra Modi, as is predicted, win a landslide victory in the Indian elections, “a potentially painful process of reform” will urgently need to be implemented to “capitalise on the recent market momentum and investor confidence”, warns an influential global investment analyst.

The observations from Tom Elliott, International Investment Strategist at deVere Group, one of the world’s largest independent financial advisory organisations, come as both the key Indian equity indices – the Sensex and Nifty – hit record highs.

Modi, the Bharatiya Janata Party’s (BJP) high profile prime ministerial candidate is widely regarded as pro-business.  Indeed, he has often commented during his extensive election campaign – in which he addressed nearly 6,000 public events – that investors would be welcomed with “a red carpet” rather than with “red tape”.  The result of India’s general election is announced on Friday.

Mr Elliott says: “I suspect that once the election euphoria dissipates, there will be something of a reflection period in the markets.

“There are considerable expectations and aspirations about Modi’s election victory but, as recent economic data shows, the Indian economy is still vulnerable.  GDP growth rates are slipping, factory output declined in February and March and inflation remains high.” 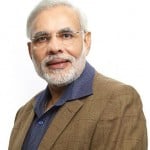 He continues: “As such, in order to capitalise on the current market momentum and investor confidence, Modi will urgently need to implement far-reaching reforms, a process that could potentially prove to be painful.

“As the current Prime Minister has found, there could be real difficulties in introducing reforms in the face of entrenched vested interests and against the wishes of India’s influential small business constituency.  This, I believe, could be the case even with a comfortable majority win as, amongst other reasons, the individual states in India have significant power.

“Despite this, and as per his election pledges, I’m confident that Modi will forge ahead and this in itself will provide a significant level of reassurance to investor.

“However, the exceptional market rallies of recent days are likely to be a short-lived phenomenon.  The longer-term outlook, should reforms been employed, is for a more gradual and sustainable economic improvement.”

The Rise and Downfall of British Biotechnology