Actor and animal advocate Pamela Anderson landed in London this afternoon, and at the top of her agenda was posting an urgent letter to Prime Minister Theresa May calling on her to bring forward legislation banning wild-animal circuses at long last.

"One of the things that I love the most about the U.K. is its strong reputation as a nation that opposes cruelty to animals. That's why my mouth dropped when I learned that Britain still has not banned wild animals from circuses", states the letter, written on behalf of PETA. "With all due respect, Brexit is complicated, but kissing circus animal acts goodbye is easy as pie." 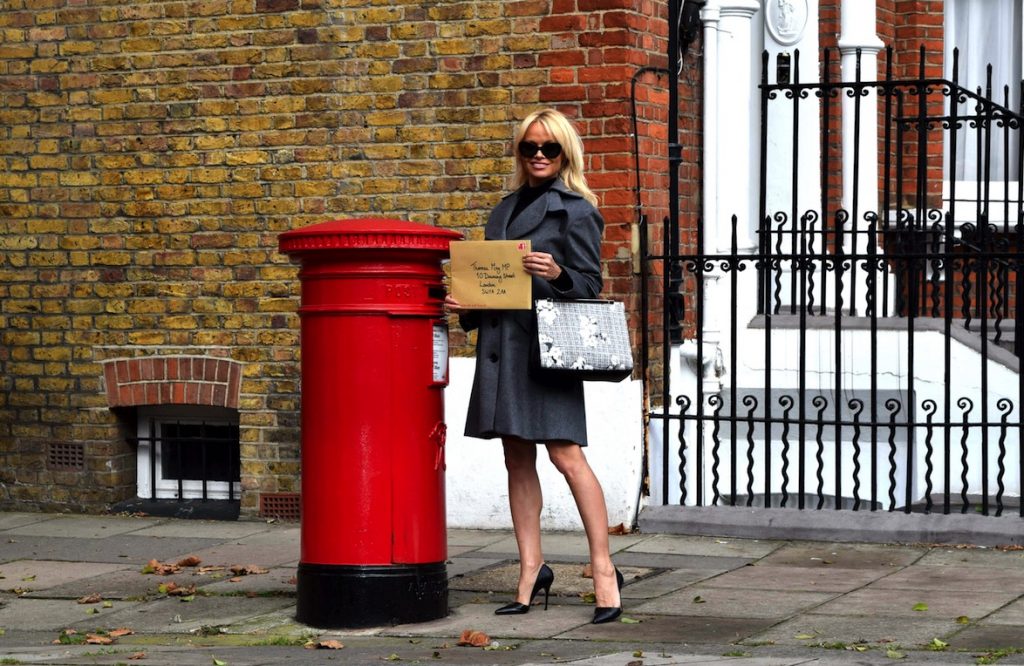 "Animal acts are embarrassingly archaic and have no place in modern Britain – or anywhere else …. I'm currently in the U.K. and would welcome the chance to meet with you about this issue", Anderson pleads.

Anderson's letter comes after David Cameron's failure to act on his promise to ban wild animals from circuses by January 2015, despite overwhelming public support evidenced by a Defra consultation, which saw 94 per cent of respondents, including the British Veterinary Association, in favour of the ban.

Anderson, a long-time PETA supporter, joins Michael Sheen, Martin Freeman, Mark Rylance, and Ann Widdecombe in teaming up with the group to push the government to join Austria, Bolivia, Finland, India, Mexico, and many other countries in prohibiting wild-animal circus acts.

A copy of the letter is available on request. For more information, please visit PETA.org.uk.

Whales are at risk from just about everything we do