Latest annual student debt research by the Association of Investment Companies (AIC) using Opinium Research suggests that parents are still very much in need of a reality check when it comes to the true costs of a university education.

And whilst over two thirds of parents plan to help their children financially through university, many say they have to resort to drastic measures in order to do so, whether it be downsizing the family home (9%) or using their entire cash savings (22%).

Parents estimate, on average, that their child’s student debt will be £17,965.

Students anticipate a more realistic £30,348 debt, although the actual figure is higher still, at closer to £44,000.

Students who gave an estimated debt think it will take 15 years on average to pay back, whilst just over a third (35%) think it will take longer than 20 years, which is an increase from 2014 (28%).  Nearly a third (30%) of students have considered dropping out of university altogether (more female students than male have considered this – 34% and 26% respectively).  Financial reasons were the second most commonly cited reason for this (37%), after not enjoying the course (47%).

One fifth (21%) of students have lived or currently live with their parents during term time for financial reasons, and this increases to 36% amongst Londoners and 30% for students from lower income groups. 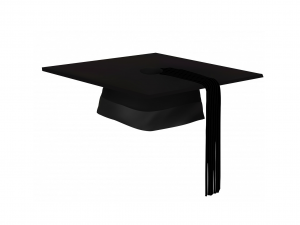 If the figures are anything to go by, many parents will be making extreme sacrifices to help their kids financially through university.  Almost as many parents are as likely to sell the family home (ie downsize) as they are to sell shares and investments (9% versus 11%).

Nearly two thirds (64%) of parents are either planning to, or already do, contribute financially to help their child pay for university.  This rises to 70% amongst the better off parents, compared to 50% amongst the less well off.  Financial contributions mostly come in the form of cash savings, with 61% of parents saying they will use some of their cash savings and over a fifth (22%) of parents prepared to suffer financial wipe-out and use all or most of their cash savings.

Bank of Grandma and Grandpa

Some 20% of grandparents will be helping financially with university costs, to an average tune of £2,540 per year.  This has increased since last year, when the average contribution from grandparents was £1,533 per year.

“Whilst parents are hugely underestimating student debt levels, there’s no doubting that many are prepared to make very real sacrifices to help their children through university. But students are making sacrifices too, with a fifth of students planning to live at home during term time simply due to financial reasons and a number considering dropping out altogether due to the cost.  Historically, university hasn’t just been about education, but about the life experience and opportunity to ‘fly the nest’.

“With a little forward planning, some of the drastic sacrifices could be avoided.  A £50 per month investment in the average investment company has grown to over £29,000 over 18 years in share price total return terms.” 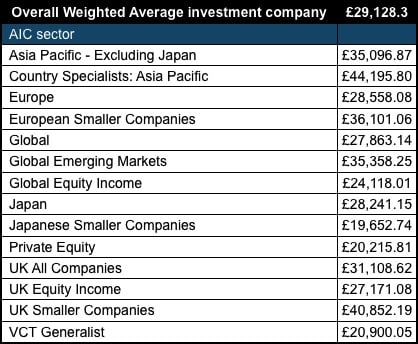 See www.theaic.co.uk for information on saving for children, including tax implications and details on manager sponsored savings schemes

Gap between rich and poor yawns ever wider