The Green Party of England and Wales has written to the Director General of the BBC to appeal the BBC’s initial decision not to allocate Party Political Broadcasts (PPB) to the Green Party.

Nick Martin, CEO of the Green Party, has written to Tony Hall, Director General of the public broadcaster, and David Jordan, BBC Director of Editorial Policy and Standards, to set out the Party’s complaint with the initial ruling.

In the letter, Martin questions whether the pattern and direction of electoral support in England has been fully considered and recognised, and challenges the proposal to hand the Liberal Democrats three PPBs to the Greens' none.

Natalie Bennett, Leader of the Green Party of England and Wales, said: 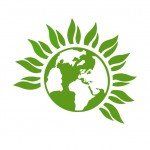 “These proposals fail to recognise the direction of travel in British politics. The political landscape is fracturing as more and more people demand real change to deliver a safe climate, a public NHS and a fair economy. These proposals fail to recognise that, increasingly, people are rejecting the Westminster status quo and want to hear more about Green values and policies.

“This is the year that we turn the ‘Green surge’ in to Green seats. We are a vibrant, united party committed to our values and, driven forward by our passionate members and supporters, in 2016 we are looking forward to increasing our number of seats on the London Assembly, putting in our best-ever performance in the London Mayoral contest, gaining a seat on the Welsh Assembly and growing our representation on councils across England and Wales."

In additional material provided to the BBC, the Green Party has underlined that, in first past the post elections, GPEW support in England in General Elections has quadrupled over the two cycles and GPEW support in local elections in England has more than doubled over the two cycles. In elections based partly or fully on proportional representation, GPEW support in the election cycles has been consistently at or above 8% of the total votes cast securing the Party stable or growing representation in the relevant assemblies.

The Green Party argues that the allocation of three broadcasts to the Liberal Democrats but none to the GPEW is “manifestly unfair”:

“In the light of evidence over the two electoral cycles and the relative position of both parties in key national and regional elections we contend that this decision is manifestly unfair.”

Analysis of electoral support in local government elections over both electoral cycles shows that:

· In every year since 2009 the share of the vote obtained by the Liberal Democrats in local government elections has fallen.

· Overall the level of electoral support for the Liberal Democrats over the two cycles has more than halved.

· The level of electoral support for the GPEW has more than doubled over the two cycles and has been significantly above the 5% threshold since 2014 despite the first past the post nature of the electoral system.

· The ratio of Liberal Democratic electoral support to GPEW electoral support over the two cycles has fallen from 8.1 to just 1.7, and the gap this represents has narrowed from 19.8 percentage points in 2008 to just 3.8 percentage points in 2015. This latter figure directly matches the substantial shifts in relative support between the two Parties evidenced at the General Election of 2015.