Youth charity vInspired is calling on all party leaders to pledge to deliver their top five election promises affecting under 25s on Twitter, after study reveals social media is key to winning the youth vote

One in two (45%) young, would-be voters, have called upon party leaders to deliver their 2015 election promises via social media, Instagram videos and YouTube

70% stated that if all the parties delivered their election promises for under 25s in this way they would be more likely to vote, with two-thirds (69%) stating a politician could actually win their vote if they were to embrace social media to communicate their manifestoes

As a result, vInspired is calling on all party leaders to pledge to deliver their five main election promises to help under 25s in 140 characters each

With under 25s accounting for 14% of the electorate and with 80% having taken action on a political issue in the last year, the 6.8m youth votes could be the deciding factor in who steps into Number 10

In a year’s time, polling stations will open across the nation for the General Election with 6.8m young Britons eligible to vote. Research released today has found that the election is set to be won or lost on social media; with young voters calling upon parties to adopt new techniques to woo them to the ballot box.

The study, by youth charity vInspired’s Swing The Vote campaign, has shown that 45% of young, would-be voters want leaders to deliver their manifesto promises for the May 2015 General Election via social media, Instagram videos and YouTube.

Two in three (64%) admit that politics would be ‘easier to digest and understand’ if delivered on Twitter and 69% stated that a politician could win their vote if they were to embrace social media to communicate their principles and promises.

As a result, vInspired’s Swing The Vote campaign is calling on all party leaders to pledge to deliver their five main election promises to help under 25s, in 140 characters each, when their manifesto is finalised.

The Swing The Vote campaign aims to empower young people to make their voices heard and take part in the political process. The campaign is calling on politicians to ensure politics is relevant, so that young people feel empowered and encouraged to have a say in the nation's future.

Accounting for nearly 14% of the electorate, the youth vote is incredibly powerful. Despite bypassing the ballot box in the past, this generation is highly politically and socially active with four in five (80%) having taken action on issues and causes in the last year. Over half (51%) have signed an online petition, 22% have tweeted about a cause or issue and one in five (19%) has even gone as far as boycotting a company’s products or services.

The call for parties to adopt a more ‘online’ style of politics follows the approach adopted by Barack Obama. It is this, which has seen Obama, a keen social media user, followed by one in five (20%) of the nation’s youth, with David Cameron (13%), Ed Miliband (8%), Nick Clegg (6%) and Nigel Farage (5.4%) trailing behind.

With two-thirds (60%) of under 25s admitting they were more likely to follow a political figure on Twitter if they came across as ‘more human’, selfie-loving Obama ticks all the right boxes. One in five (21%) of those polled even said that his social media presence was, for them, a main factor in winning the Presidential election. 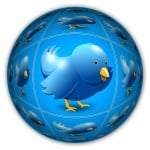 37% of respondents went so far as to say that they were less likely to vote in next year's election if there wasn’t a change to the way UK politicians looked to engage with them; showing that now is the time for the party leaders to embrace a new way of campaigning.

Tellingly, under half (46%) of young Brits knew how their parents vote, betraying a lack of political discussion in UK households and demonstrating the need for the political system to get to the next generation of voters where they are talking about issues they care about – on social media.

One in four (25%) claimed that social media was the medium most likely to make them aware of issues of political importance.

“The more young people begin to believe in the power of their vote, the more they will be able to inﬂuence the positions of the major parties and the more they will be able to expect from them. Whether it's more meaningful action to tackle climate change or greater university funding that drive young people to the ballot box, the youth vote is crucial and should not be ignored.

“At vInspired we see thousands of young people give their time voluntarily to make the world a better place by being socially engaged on issues and campaigns that matter to them – they just need politicians to connect with them and show them that they can make a difference, change the world and Swing The Vote.”

“I always vote. A lot of people tell me that they don’t vote because they don’t feel there is anyone worth voting for, but that means that everyone who does vote has their voice heard. Young people need to be heard and Swing The Vote is helping make that happen.”

Jamie Bartlett, Director of the Centre for the Analysis of Social Media at Demos added:

“Official party membership is in rapid decline and voter turnout is low particularly among young people. Is this evidence they don’t care? No – the number of young people signing online petitions has increased year on year. In fact, more young people than ever before are taking action and making their voice heard by contacting politicians online too.

“But the best place to have your voice heard is at the ballot box – so I hope vInspired’s Swing The Vote campaign is a huge success and young people get their voice heard.”

The Swing The Vote campaign is calling on Britain’s youth to say what would make them vote by uploading an Instagram video using #SwingTheVote. The videos will be collated into a short film that will be presented to the leading political parties and used to campaign for better representation of young people in politics.

vInspired is challenging party leaders to respond to the Swing The Vote call and deliver the first step to winning the youth vote. It will now be a case of who uses social media in the best way up until 7th May 2015.

“We urgently need to give young people a greater voice in our political debate – that’s why the next Labour government will give 16 and 17 year olds the vote.

“vInspired’s excellent campaign is a really important way of getting young people engaged in politics.”

“Twitter is a very powerful way of talking and listening to young people and I and the Liberal Democrats will tweet our top five policies for the under 25s when our manifesto is finalised.”

"I am delighted to support the Swing the Vote campaign. For real change in our democracy it is vital that younger voters get more involved in politics. They need opportunities, encouragement and support, and this I'd one step towards that.”

Only the Conservatives have declined to pledge to deliver the top five policies for under 25s over Twitter said vInspired.

Middle Lane Hoggers Should be Rewarded not Vilified