It seems that the humble pasty has brought government tax policy to its knees.

Or has it? Really, why all the hoo-hah? It’s only a very minor amendment and not worth all the attention even when taking the caravan tax ‘U-Turn’ into consideration.

In the last budget the Chancellor, George Osborne, announced that any food served above ambient temperature would be liable for VAT at the 20% rate.

This of course drew fire from all interested parties as an unfair tax that hit the working Briton who wanted a fresh pie for lunch. Unless, of course, they waited for the food to cool to ‘ambient temperature’ and who would be the judge of that anyway.

It now looks like HMG has bowed to public sentiment and food that leaves the oven and is then bought without it being heated afterwards will not be subject to the hated VAT.

So in all a bit of a flop of a proposal, but the tax will still apply to food that is kept warm or reheated prior to being sold. Wonder what the position would be if you paid for the food then reheated it in a heater on the seller’s premises? After all, it’s then the purchasers to do as they like with isn’t it?

This particular revision is being trumpeted as a U-Turn and there are claims of government incompetence etc etc. But at least it’s kept the attention focussed away from income tax for higher rate tax-payers and the people can think to themselves that they’ve shown the government that they can’t be pushed around.

What gets missed in all this though is that this shows what an awful tax VAT really is. It has to be paid by poor and rich alike and it puts a huge burden on business as well as having anomalies like this one. Do you remember all the relabeling and re-pricing and computer changes that the last VAT rate changes generated? Then there’s all the returns the small business owner has to make etc. That time could surely be better spent generating more business.

I would go further and say that just about every form of tax we use is not fit for purpose. We need to replace them all with a much simpler system and that for me is Land Value Tax (LVT), where the landowner gets an annual tax of 6% of the value of the land they own. And that’s it, no other taxes.

That would stop people hoarding property; it would get houses filled and get all the land being used productively. Unused land would still be taxed and if you can’t afford the tax then sell to someone who can. No more supermarket chains buying land to stop the competition building nearby, the government would release as much land as possible so as to get the revenue, empty houses would need to be filled with tenants so the landlord could pay the tax.

With the average house price standing at Â£160,372 (Land Registry) that would be Â£9,622 per annum for the average homeowner. But they would not be paying income tax, VAT, council tax etc.

Then if you want to impose green taxes you can tax the land the refinery or power station stands on.

Land is far easier to tax as you cannot hide it to avoid or evade the tax.

The tax would be based on the purchase price then by annual assessment. So if you bought cheap then built offices on it then it could very quickly be taxed accordingly. And this would probably need fewer tax officials than we employ today using a much thinner and easier to understand tax manual. What’s there not to like? 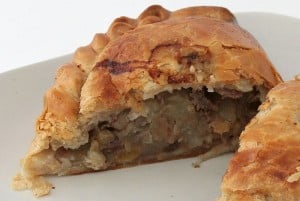