PETA has obtained highly disturbing video evidence of cruelty on farms that are part of the Ovis 21 network in Argentina—a wool supplier to California-based clothing company Patagonia. The video shows that workers kneel on conscious lambs and saw through the animals' necks with their knives, causing them to bleed and vomit as they struggle, their legs kicking and tails flailing. In its code of conduct policy, Patagonia claims that its suppliers "respect animal welfare" and must adopt "humane practices," while Ovis 21 touts its "sustainability." But it's shown that animals on an Ovis 21 farm, where lambs and sheep are used for wool, have parts of their ears and tails cut off, and one lamb's genitals were tightly bound for a slow, painful castration—all without any pain relief—leaving blood to drip from the wound. 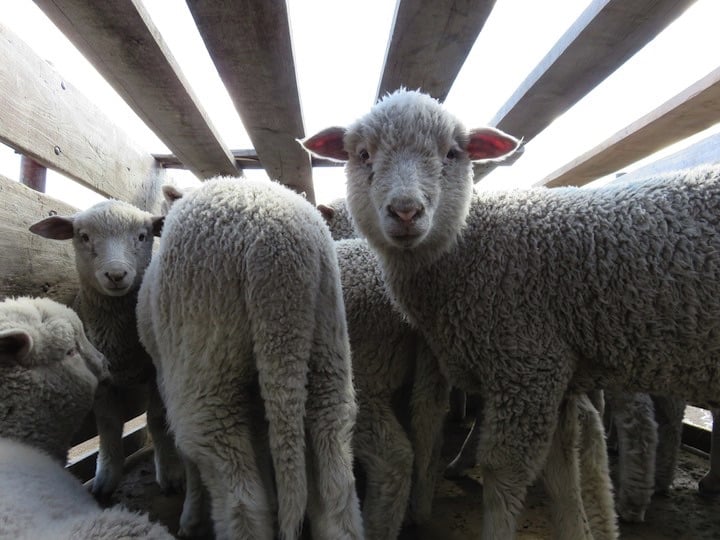 PETA is calling on Patagonia to stop buying and selling wool products. Among the brands sourcing from Ovis 21 was Stella McCartney, who uses no fur, leather, or exotic skins in her collections. A lifelong vegetarian and longtime PETA ally, McCartney was alerted by PETA to the video exposé. McCartney commented: "After conducting our own investigation in Argentina and throughout our supply chain, following a very distressful viewing of PETA's footage, we immediately ceased buying wool from Ovis 21. We are deeply saddened and shocked by the cruelty seen on the footage, as animal welfare is at the heart of everything we do. This is a huge set back to help saving the grasslands in Patagonia. We are now even more determined to continue our fight for animal rights in fashion together and monitor even more closely all the suppliers involved in this industry. We are also looking into vegan wool as well, in the same manner we were able to develop and incorporate high-end alternatives to leather and fur over the years."

"Having witnessed an astounding level of cruelty to sheep in every shearing shed we visited in Australia, the U.S., and, now, Argentina, it's high time that companies and consumers ditch real wool," says PETA President Ingrid Newkirk. "Today, finding alternatives to hide, fur, and fleece is easy, and no animal has to suffer when businesses make kind choices. We thank Stella for rejecting cruelty in the wool industry and hope Patagonia and others will follow suit."

PETA is filing a complaint with Argentinean authorities, citing Argentina's federal animal-protection law. PETA's exposé shows that lambs cry out, gasp, and kick even after workers sawed open their throats and snapped their heads backwards, while just feet away, other bleating lambs watched and waited for their turn.

Shearers also stomped and stood on sheep's legs, and fast, rough shearing left the animals cut and bleeding. The eyewitness never saw the sheep receive veterinary treatment for the wounds, at least one of which was so severe that internal tissue jutted out and the animal reportedly later died. Once no longer wanted, older sheep were lined up and some were tackled and dragged away to be shipped off to slaughter.