Pay and productivity: the next phase

In a speech on Monday to the Automotive Fellowship international dinner, Jon Cunliffe reviews the prospects for productivity growth in the UK and explains its importance to the Monetary Policy Committee’s inflation and growth projections.

Jon explains that a reservoir of labour supply in the UK has made it possible for the economy to grow strongly with poor productivity performance, but without generating inflation.

“We are now getting close to the end of that reservoir of spare labour supply. It is very difficult to say how close; measuring spare capacity in the economy with great precision – to single decimal points – is not really possible. But for the economy to grow robustly and sustainably over the next few years, productivity growth will need to begin to pick up. This does not need to happen overnight. But it does need to happen.”

He explains that there are reasons to think that productivity will pick up in 2016 and 2017. 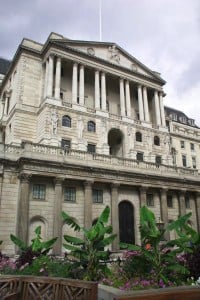 “After collapsing in the crisis, productivity began to increase again within firms two years ago. We expect that to continue. As the economy grows, spare capacity is used up. The real cost of labour increases relative to the cost of investment. Firms have a greater incentive to find efficiency gains and to switch away from more labour-intensive forms of production. This should boost productivity.”

In contrast, productivity growth due to reallocation of resources in the economy remains weak. The reallocation mechanism that transfers capital and labour from less productive firms with lower returns to more productive ones with higher returns is working significantly less powerfully now than before the crisis, Jon notes. This is demonstrated by the proportion of loss-making firms, which is around 20% higher than its long-run average, and company liquidations remain low. So there is still more than a hint of “zombiness” in the corporate sector.

The damage to the banking system played a large part in this, Jon explains, including by reducing the pressure on poorly-performing firms.

But there are some positive signs: the financial sector is well into its recovery; bank lending growth to non-financial businesses was positive in Q1 2015 for the first time since the crisis, and the movement of workers between firms is almost back to its pre-crisis average. In addition, there has been a return of business investment over the past two years, and the MPC expects this to continue to grow strongly over the forecast period. That should increase capital per worker and therefore productivity, albeit with a lag.

On pay, Jon says there seem to be signs of stronger, more sustained growth. “So the period of very cheap labour growth seems to be ending, as expected.”

Jon explains that a gradual pick up in pay and productivity is central to the MPC’s forecast, particularly in the later years.

“We expect interest rates to rise over the forecast period, but gradually and to a level below the pre-crisis average,” he says.

“But a sustained increase in pay over the forecast period without a commensurate pick-up in productivity would mean that the supply side of the economy could not keep pace with growing demand. That would mean upward pressure on prices. And it would mean greater pressure on the MPC than in our forecast to act to bring supply and demand into balance so as to meet the inflation target.”

To conclude, Jon notes that it may never be possible to explain fully what has happened to UK productivity since the crisis – the “productivity puzzle”. But that its evolution over the next few years will be central to monetary policy.

“Even if we can’t fully explain the puzzle, we can, I think, now point to an alignment of factors that suggest that productivity growth will start to move in the right direction over the next few years.”