A leading business organisation has welcomed the Government's plans to act on Late Payment, but urged MPs to acquaint themselves fully with the facts and not allow the issue to descend into political point-scoring.

Philip King, Chief Executive of The Institute of Credit Management (ICM), says that while Late Payment remains the scourge of small businesses, recent debates and calls to punish those who transgress do little to create an informed solution: "Late Payment is a complicated issue," he says, "and one that cannot be resolved by fines and arbitrary payment terms that fail to recognise that different business sectors operate in different ways.

"What businesses need above all else is the certainty of payment; they need to know that they will be paid within the terms agreed and that those terms will not be changed without prior discussion and consultation."

The ICM manages the Prompt Payment Code (PPC) on behalf of the Department of Business, Innovation and Skills, and is recognised as a champion of better payment practice. It is also the author of a series of Managing Cashflow Guides that have so far been downloaded by almost half a million businesses. 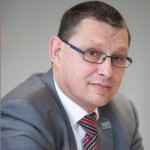 Mr King's comments follow the announcement today (14th October) that the Prime Minister has himself entered the Late Payment debate, and that those who treat their suppliers unfairly should be punished. Mr King says, however, that sanctions already exist: "The EU Payment Directive allows businesses to charge interest in late payment, and there are additional charges for delays that are in effect 'fines' by any other name.

"It is not 'fines' that we need, but rather a change in culture and attitude to payment, and that has to be driven from the top as an intrinsic part of an organisation's corporate responsibility. Prompt Payment promotes sustainability within the supply chain that is essential to mutual success."

The Institute will be meeting with the new Minister of State for Skills and Enterprise, Matthew Hancock MP, to explore the issue in more detail in the coming days.

National helpline opens for students with unexpected A level results