The House of Lords is set to challenge the Government over the decarbonisation of the UK’s power sector after prominent peers tabled a clean power amendment to the Energy Bill today [Tuesday 22 October 2013].

The amendment, which would commit the UK to remove almost all carbon from electricity generation by 2030, has been put down by former Shell chairman, Lord Oxburgh, and Lord Stern, a former World Bank chief economist and author of a landmark 2006 report on economics and climate change.

The amendment is expected to attract wide-spread support from across the political spectrum when it is debated and voted on next Monday (28 October 2013). A clean power target would help provide greater certainty to investors, create tens of thousands of clean power jobs and would wean the UK off dirty gas, which has driven up household fuel bills and threatens Britain’s world-leading climate targets.

Earlier this year the Committee on Climate Change said “there are significant economic benefits from investing in a portfolio of low-carbon technologies through the 2020s rather than investing in gas-fired generation… Investment in a portfolio of low-carbon technologies could save consumers £25-45 billion, rising to £100 billion with higher gas and carbon prices.” 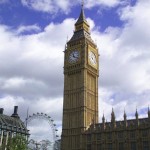 “Rocketing gas prices have caused household energy bills to soar – a clean power target is the only way to free ourselves from the tyranny of world gas markets for good.

“Firms are queuing up to develop the UK’s huge renewable energy potential and create tens of thousands of jobs, but without a clean energy target they lack the long-term certainty they need to invest.

“Ministers must accept the urgent need to replace our broken energy system with a low-carbon and affordable alternative – or face defeat in the House of Lords.”