Leading private investor network The Ideas Factory (TIF) has raised finance for many hot British films, like The Machine – which scooped the top ‘Best Picture’ award at the recent 2013 Raindance Film Festival – and the forthcoming Twitter-inspired LA Slasher. TIF co-founder Jonathan Willis has a background in film, TV and publishing, and has put his expertise to use by investing a significant proportion of his SIPP pension in films and TV production companies through TIF.

Jonathan says: “Investment in film and media provides experienced and knowledgeable retirees a chance to become actively involved without being as committed as they would be if they were an employee. Many retired investors can offer an intellectual contribution that is at least – if not more – valuable than their financial contribution.

“This type of investment often also comes with other benefits, such as walk-on parts, days on set and work experience for family members.”

Here are Jonathan’s top tips for retirees looking to invest in film and TV:

– Retired investors interested in TV and film opportunities should look for those that are different or exciting, and offer a variety of income opportunities beyond the box office

– That means potential for merchandising, spin offs into other media channels, multimedia potential, interactivity and second screen, plus sequel potential 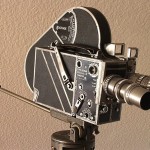 – Obviously there are implications for long-term financial security, Jonathan recommends investing “small interesting chunks” rather than putting all one’s eggs in a single basket, spreading risk

– Another good point for people investing their pensions* in small businesses is that they don’t have to think in the short term, like most investors. It also means they can spend time carefully looking for the right investment – hearing the producers and director at an investment pitch and making sure they understand the project’s business plan

– Because they already get tax relief on pensions*, retirees have a good opportunity to look beyond SEIS schemes with three to four-year cycles.

Jonathan has also originated a TV show format that is currently under option by a major US network and at commissioner level in the UK. This he put through the TV company for which his firm, TIF, raised funds, and into which he invested pension funds.

*Provided the opportunity is SIPP compliant