Bank of England says QE has not affected pensioners

The Bank of England has released a report that claims that pensioners have not been affected by the quantitative easing asset purchase programme.

The report, ‘The Distribution effects of Asset Purchases’ [1] says that without QE the economy would be in a far worse state than it is and that all resulting effects should be viewed in this light.

It goes on to say that the predominant majority of asset purchases were of Gilts and that, although this pushed Gilt prices up and yields down, it also had a similar effect on the prices of corporate bonds and equities. Therefore overall the report argues the QE process has been just about neutral. In fact the BoE report makes it all look rather rosy.

The report goes on to say that as most savers money is deposited in banks it is the historic low interest rates that have had the most effect, not QE.

As to pensioners, those already in receipt of a pension are unaffected the BoE claims, and those imminently expecting a defined benefit pension will be unaffected. Most controversially the bank also claims that those on defined contribution schemes have not had their income flows from the pension pot reduced, in fact says the report it could even be higher.

“The Bank of England has just released an initial analysis of distributional impact of Quantitative Easing on the economy. The Bank concludes that QE has benefited the economy, because things would have been worse without it. It also concludes that because QE has pushed up gilt prices, it must have had a positive effect on the economy. The Bank fails to properly address the impact of QE on a vital demographic group of the UK economy – in particular the 21 million over 50s who have been negatively impacted.

“It is asserted, but not proven, that pension savers are no worse off due to QE gilt-buying, because the value of their pension savings has gone up to offset the fall in the annuity income they will receive when converting their pension fund into a pension income. This assertion is simply not correct and the reality is very different for those recently or soon-to-be-retired.”

“The Bank has also failed to factor in the damage done by the inflation created by QE to pensioner incomes. It is not true that those who had already bought their annuity before QE started are unaffected. Given that QE, even on the Bank’s own estimates, has pushed up inflation significantly, the impact on real incomes and spending power of Britain’s retirees has been damaged. The Bank of England seems oblivious to this effect.

Pushed up asset prices has not offset depressed annuity rates

“A brief examination of the facts does not support the argument that QE has pushed up asset prices by at least as much as it has depressed annuity rates. The following tables show that investments in equity markets have been hugely volatile and the overall performance of the stock market has not risen sharply in recent years, whereas gilt yields have moved sharply lower and annuity rates have plummeted.

“The fall in annuity rates since mid-2008 is over 24%. Cumulative inflation for older age groups has risen by over 20%. The FTSE is relatively unchanged and the average balanced pension fund has performed poorly, so that for people with defined contribution pensions, the impact of QE in reality has not been as the Bank of England is assuming.” 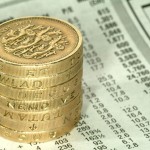 Company pension schemes have been impacted by QE

“The Bank of England’s analysis also suggests that company pension schemes that were fully funded should not have been impacted by QE. Firstly, this conclusion does not stand up to detailed scrutiny, since only if the schemes were holding the assets that had been bought by QE would the impact have been fully offset.

“Secondly, in reality, we all know that most pension schemes were in deficit before QE started, so the impact has indeed been damaging. Rising asset prices have not offset the fall in gilt yields and deficit problems have also caused corporate UK to cut its investment spending in order to divert resources to fix pension shortfalls. In addition, many employers are actually going bust as they cannot afford their pension contributions, while banks are now refusing to lend to businesses with defined benefit pensions due to fears about the deficits.

Ros Altmann concludes: “The damage is particularly problematic, yet the Bank keeps suggesting it is not due to QE. The reality is very different. Buying gilts and artificially driving down gilt yields which underpin both defined benefit and defined contribution pensions is causing significant economic damage, is permanently impoverishing pensioners, is pushing up inflation and damaging consumer spending. All the negative impacts need to be taken more seriously.”