The Howard League for Penal Reform has responded to Her Majesty's Inspectorate of Prisons' report on Pentonville prison, published today (Tuesday 23 June).

Inspectors visited the prison in February 2015 and found that it was almost twice as violent as it had been at the time of its last inspection, carried out only 17 months earlier.

The prison was understaffed, with high levels of staff sickness, and the majority of prisoners were spending more than 18 hours per day locked up. Some prisoners had as little as one hour out of their cells.

Drugs were easily available, but prisoners struggled to get daily showers and clean clothes.

"This report highlights the fact that there are major pressure points in the prison system today that need urgent action from a new Secretary of State for Justice who comes with a fresh and robust vision for change. 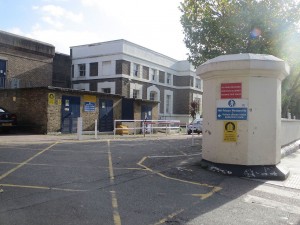 "The overuse of remand is a serious problem for prisons like Pentonville, where 70 per cent of remand prisoners will not go on to receive a custodial sentence.

"Pentonville receives 100 new men every week. The churn of short sentences destabilises the establishment and puts huge pressure on staff.

"Staff want to develop good relationships with prisoners, to keep them safe and help them settle back into the community, but are instead greeted by a new face every time they unlock the cell door.

"Pentonville is old, but do not blame the building. It is what we do with it that matters. When a prison is asked to hold 350 more prisoners than it is designed for, we should not be surprised when it fails.

"These are challenges that could be dealt with by the new Secretary of State quite quickly in a way that would not endanger the public. We need a more sensible attitude towards people who may be a nuisance but are not dangerous."

CHART OF THE WEEK: US vs UK Recoveries

The Investment Story of the Next Decade?