To succeed in politics individuals need to demonstrate resilience, possess good analytical skills and have the ability to represent and relate to their constituents.

Machiavellian behaviour such as politicking, secrecy and dishonesty is associated with poor political performance.

These are the findings of a new study from Cass Business School, part of City University London, led by Professor Jo Silvester. The research looked at performance ratings provided by 975 local politicians and 740 political officers.

In addition to identifying the four desirable personality traits, the research found that politicians’ self-rated personality predicted their political performance as rated by their peers.

Specifically, politicians who rated themselves highly on attributes such as conscientiousness and emotional stability were perceived as more resilient, better at representing others and were also judged higher on their ability to deal with complex information by their political colleagues and officers.

Politicians who rated themselves higher on Machiavellianism were judged to perform more poorly by colleagues and officers, and were also more likely to engage in politicking.

“This is the first study to:

(a) Identify what politicians see as important competencies for their roles

(b) Capture politicians’ self-ratings for personality and performance

“Our research points to the need for improved awareness of what political work involves. Aspiring and incumbent politicians might benefit from tailored development and support to enhance their performance. In the same way business leaders benefit from continued professional development, so might politicians.

“The research also has implications for political parties looking to attract, select and develop individuals with the talent and potential to perform political roles well and deliver good government for their constituents.” 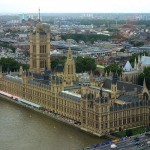 The research was undertaken in the UK with senior local politicians (i.e. council leaders, cabinet members and senior local councillors in opposition) who took part in the Next Generation Leadership Development Programme [1] between 2006 and 2010, conducted in partnership with the Leadership Centre [2].

Participants rated themselves as part of this development process and requested anonymous feedback from political colleagues and officers on how they performed as a politician, what they did well and how they could improve.

Politician Personality, Machiavellianism and Political Skill as Predictors of Performance Ratings in Political Roles published in the Journal of Occupational and Organizational Psychology.

Macroprudential policy: from Tiberius to Crockett and beyond; speech by Sir Jon Cunliffe