“A few months ago we had been optimistic that strong base effects would have pushed inflation rates down by now. But this clearly hasn't happened, largely because of the recent weakness of the pound, which has compounded the upward pressures on commodity prices, pushing up import prices.

“With that in mind, the drop in oil prices over the past couple of weeks is particularly welcome, as is this morning's news that retailers are planning to pass the benefit onto customers. Nevertheless, the impact of the weaker pound will continue to feed through over the coming months and, with some unfavourable base effects due to come into play in May and June, one of Sir Mervyn King's final acts is likely to be yet another letter to the Chancellor to explain why inflation has overshot.

“We do expect inflationary pressures to cool over the latter part of the year, as the temporary external pressures fade and the large amount of spare capacity becomes increasingly influential. Nevertheless, we do think that inflation is likely to remain above the 2% target for the foreseeable future. Despite the Chancellor giving the green light for more imaginative monetary policy, the MPC may find that its hands are largely tied by persistently high inflation.

“On the face of it, these figures would seem to imply that the squeeze on household spending power remains intense. However, the reality is that the impact has been mitigated by the very strong growth in employment, which meant that real household incomes grew by more than 2% last year. We probably won't be able to rely on job creation to the same extent this year, but the large increases in the income tax personal allowance should fill some of the void. So while high inflation may limit the recovery in consumer spending, we are confident that it will not choke it off.” 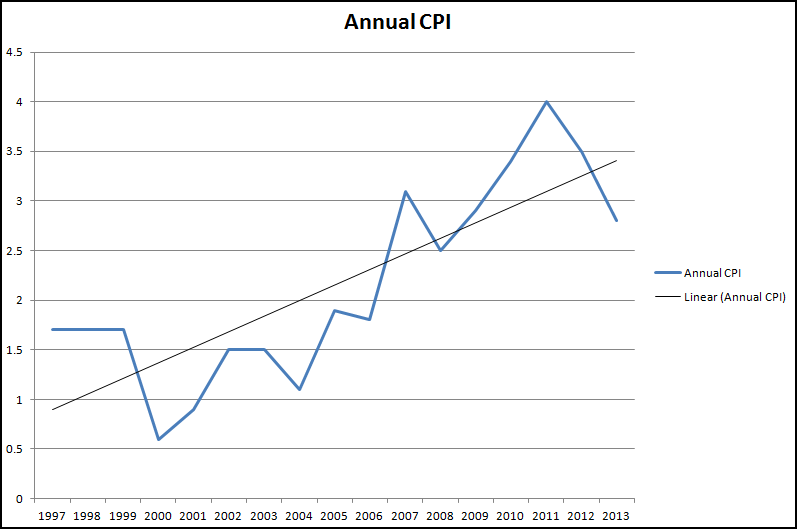 Lithium Market Set To Explode – All Eyes Are On Nevada