While many Brits are fed up with the prospect of heading to the polls yet again, there’s one sweet treat in store – the return of #DogsatPollingStations.

Now a staple part of any UK election or vote, grabbing a snap of cute dogs met outside a polling station, and sharing the images on social media, has become a perk of casting a ballot. But for this week’s election, there’s a new twist thanks to dog rescue and rehoming charity, All Dogs Matter.

Two creatives at London ad agency Crispin Porter + Bogusky came up with an idea to place cut outs of dogs the charity has available for adoption outside 14 high-traffic polling stations in London* this Thursday.  Each board carries a few details about the dog in question, and how to get in touch.

The campaign features the likes of Tilda, a Labrador puppy, Rupert, the cheeky Staffie and Ned, a German Shepherd cross.

“People love posting pictures of adorable #DogsatPollingStations but of course they’re usually someone elses’ dog. This election day, you can now find your own canine pal by popping along to your local voting station.” 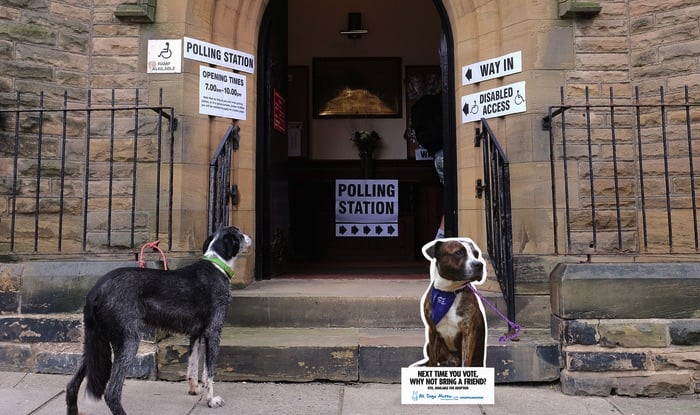 The cut outs will appear from 10am on Thursday 7th June at the following polling stations:

Valtteri Bottas and Felipe Massa talk socialising, scenery and the Eau Rouge prior to the Belgian GP