Pet passports or emergence of BSE: what has had the biggest impact on veterinary practice?

Have pet passports, which heralded a change to Britain’s approach to preventing rabies when they were introduced in 2000, or the emergence of bovine spongiform encephalopathy (BSE), which sparked widespread concerns about the safety of the food chain and prompted changes to the content of animal feed, had the greatest impact on veterinary practice over the past 125 years?

These are just two out of 10 topics in a public poll of key developments deemed to have significantly affected veterinary practice, or where the profession has had a significant impact, during the lifetime of the Veterinary Record, to mark the title’s 125th anniversary on Sunday 14 July.

The eradication in 2011 of rinderpest, also known as cattle plague – the first animal disease to have been eradicated through human effort, and only the second, after smallpox, to be eradicated worldwide – is another of the 10 topics in the poll.

Other items include developments in anaesthesia and pain relief, which have radically improved the welfare of animals after trauma or surgery; and the 2001 foot and mouth disease outbreak. This last called traditional approaches to disease control into question and brought the tourist industry to its knees, delaying the date of national and local elections for the first time since the Second World War.

Diagnostic imaging; the “one health” concept, which builds on the idea that doctors and vets have interests in common; specialisation in veterinary practice; the growth of the internet and e-learning; and the advent of effective antibiotics and anthelmintics (to treat worm infections), make up the remainder of the topics in the poll. 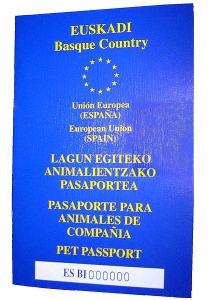 The most influential development, according to the number of votes polled, will be the focus of a special featured article in the final issue of Veterinary Record in 2013, and one randomly selected voter will also win an iPad Mini.

The poll, which runs until September 15, is open to vets and those involved in animal husbandry, as well as the general public. The winning topic will be announced at the British Veterinary Association’s AGM and awards ceremony in Cardiff on September 26.

Commenting on the thinking behind the selection of the poll topics, Martin Alder, Editor of Veterinary Record, said: “There have been so many developments in the veterinary field over the past 125 years that it was difficult to narrow the field down to 10 topics. Nevertheless, the 10 selected give an indication of how wide an impact the profession has had.”

Information on the 10 topics and how to vote can be found here: http://veterinaryrecord.bmj.com/site/125years/

Know Your Normal – How Well Do We Know Our Bodies?