With the UK's self-employed army growing by the day, a petition has been launched in the lead up to National Freelancers Day calling on the Government to give independent professionals the support they need to flourish.

The UK's self-employed sector currently stands at 4.6 million and according to Chris Bryce, Chief Executive of IPSE, it's more important than ever before that politicians back this growing sector:

"The number of Britons choosing to take control of their own destiny is growing by the minute and the way we support working people in this country needs to adapt to keep up.

"This petition outlines a series of bold yet realistic ways that politicians can help independent professionals to get on. We're asking anybody who works for themselves to throw their support behind this petition and show Westminster just how many people would benefit from the changes we are calling for.

"The petition calls for a Minister for Self Employment who will champion the sector at the heart of Government. 15% of the workforce have now chosen this way of working and this is more than enough to warrant representation at the top table in Parliament.

"It also asks self-employed people to support measures that will drag the UK's infrastructure into the 21st Century. Connectivity is key for anyone who works independently. World-class broadband and affordable travel are crucial for anyone looking to start a business from scratch. If poor connectivity is holding your business back, this is your chance to let the Government know. 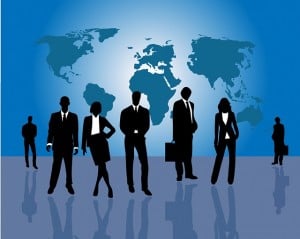 "The petition also calls for the Government to take decisive action to end the scourge of late payments. It simply isn't right that the smallest businesses have to wait months for payment from their clients. Our petition calls for a level playing field where payment is promptly made no matter the size or influence of your business.

"The number of mothers working for themselves has shot up by 55% in the last five years and we want this new army of independent women to be recognised. There's absolutely no reason why self-employed parents should receive less support from the Government than employees when caring for a child.

"With backing from independent professionals nationwide, this petition can help convince our Government that if we really want to secure the UK's future as the world's most advanced innovation-driven economy, we need to create a microbusiness utopia right here in Britain.

"From architects and artisan bakers to writers and app developers, we are urging everyone who has started their own microbusiness to back the cause. Together, we can get decision-makers to support the brave individuals who take control of their own destiny."

The petition will be delivered to Government on Wednesday 19 November – National Freelancers Day 2014.

NFD is the UK's biggest celebration of self-employment in the world. For more information and to support the cause, visit www.nationalfreelancersday.com/support-the-cause.