Petrofac, the international oilfield service provider, has announced a contract extension from South Oil Company (SOC) for its Iraq Crude Oil Expansion Project. The 12-month extension, worth around US$99 million includes the second phase of the project and will see the Company provide an additional scope of operations and maintenance services.

The extension follows the original award made in 2012 for phase one of the project which covered operations and maintenance services on the offshore facilities including an offshore platform, metering station, two single point moorings (SPMs), subsea pipelines and tanker operations, all based 60km offshore the Al Fao Peninsula in Southern Iraq. The extension, relating to phase two, covers two additional single point moorings (SPMs) and a Central Metering and Maintenance Platform (CMMP).

Mani Rajapathy, Senior Vice President MENA/CIS, Petrofac Offshore Projects & Operations, said: "Over the past 12 months we've achieved some significant milestones on behalf of our customer SOC, including the export of 240 million barrels of oil and one million man-hours worked without a lost time incident (LTI). The contract is a great example of project execution including our ability to deliver work successfully and safely in a logistically complex working environment. It also further enhances our position in Iraq, a key geography for our business, and continues a collaborative relationship with a valued customer, SOC." 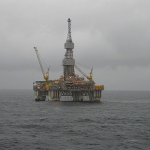 Dyeyaa Jaafar Hyjam, Director General, Southern Oil Company: "When we awarded this contract in 2012 we stated that increasing the export of crude was a key driver for us and Petrofac has helped us to deliver on that. Petrofac is focused on operational excellence and safe project execution making them an attractive supplier on this strategically important project. I look forward to continuing to meet our safety and export milestones with Petrofac as our partner."

The original contract was awarded in August 2012 for 12 months following a three month mobilization period and was worth approximately US$100 million. The extension comes into effect in November 2013 and there is a further one-year extension option available to SOC.

Value of remortgage lending up 19% from last month to top £4.4bn – the largest amount for a year