Overall, this means that council tax has fallen in real terms by 11% under this Government, providing greater financial security for hardworking people.

The statistics show there is only a 0.9% average change in council tax across England this year, with two-thirds of councils freezing. A number of local authorities across the country are cutting council tax in cash terms. In London, bills are falling in cash terms by -0.4%, in part thanks to Boris Johnson. 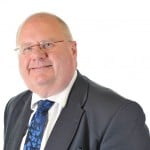 “Under Labour, council tax bills more than doubled. But Conservatives in Government have been working to keep council tax down, giving hardworking people greater financial security.

“Thanks to our long-term economic plan, we have been able to give extra government funding to town halls to help freeze council tax, despite the need to pay off Labour’s deficit. This has cut bills by more than eleven per cent in real terms. People have more in their pocket, and are no longer facing the threat of soaring bills.

“Labour are the party of higher council tax. Their Labour-led Welsh Government has refused to freeze council tax, Labour want new taxes on family homes and Labour councils across the country charge more and deliver less.”

Could this be the government’s final sale of Lloyd’s shares before privatisation?

Care of the Elderly in Danger