Despite the risks to human health and the environment as well as serious concerns over animal welfare, 2,423 pilot whales have been slaughtered in and around the Faroe Islands since the start of 2010. Please be aware that this article does contain some potentially distressing images.

The meat and blubber is then distributed and sold for human consumption says the Environmental Investigation Agency (EIA), which can have detrimental health effects when eaten due to the high levels of the heavy metal mercury and PCBs.

The EIA and eight other NGOs have written a letter to Kaj Leo Johannesen, the Faroe Island’s Prime Minister, to express their concerns over the high number of 590 long-finned pilot whales already killed there in 2012.

In 2008 the Island’s Chief Medical Officer and Chief Scientists issued an open letter to the government over the risks of consumption of whale meat by humans. They have also issued several health warnings.

“There is broad scientific agreement on the strong link between mercury in cetacean (whale, dolphin and porpoise) products and a variety of human diseases and medical conditions, including Parkinson’s disease, arteriosclerosis, immune suppression and hypertension.” Says the EIA “Threats to children include autism, Asperger’s Syndrome and Attention Deficit Hyperactivity Disorder (ADHD).”

Then there is the sheer brutality of the killing. This takes the form of a ‘grind’ where the whales are first stranded by herding with boats and then killed with hooks and knives. And this frequently takes place during the whales’ breeding season, something expressly forbidden by the International Whaling Commission (IWC) says the EIA.

Pilot whales are also highly social animals so this chase and kill method would be especially unpleasant. The pictures kindly supplied to us by the EIA and shown below are distressing enough, with whales herded and slaughtered in a sea of their own and others’ blood.

‘In conclusion and in consideration of the serious concerns raised,’ says the EIA ‘the nine signatory organisations – EIA, Animal Welfare Institute, Campaign Whale, Cetacean Society International, Dyrenes Venner, Humane Society International, OceanCare, Pro Wildlife and Whale and Dolphin Conservation Society – have urged Prime Minister Johannesen, his Government and the Faroese people to bring a permanent end to the hunting of pilot whales and other cetacean species in the interests of human health, animal welfare and conservation.’ 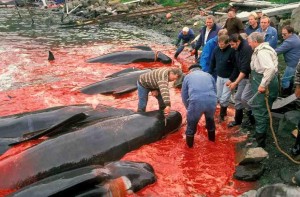 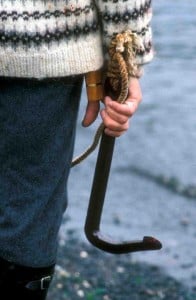 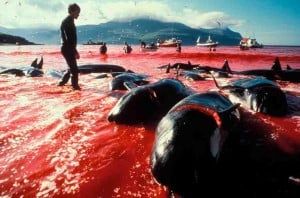 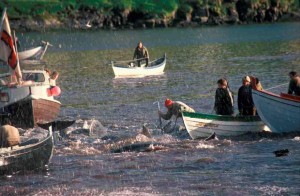 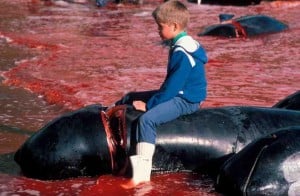 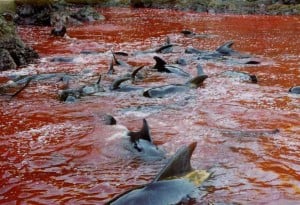 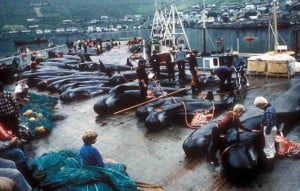 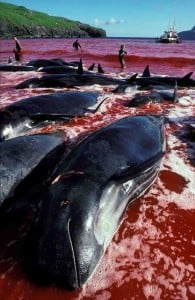 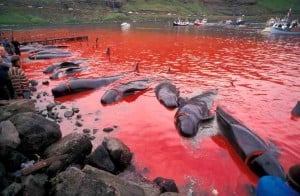