Planes, Trains, and Trucks: 3 Ways to Tap into U.S. Growth

You really can’t beat the Federal Reserve. Despite weak underlying fundamentals, Wall Street continues to rack up strong gains. So long as the Federal Reserve continues with its more-than-generous quantitative easing policy, the markets will continue to defy the laws of physics and climb higher.

With 97% of S&P 500 companies having already reported results, the percentage of companies reporting revenue above guidance (52%) is below the four-year average of 59%. As for the fourth quarter, 88% of reporting S&P 500 companies have issued negative EPS guidance. (Source: “Earnings Insight,” FactSet web site, November 22, 2013.)

Over the course of a year in which corporate earnings have been flat and revenues subpar, the S&P 500 is up almost 30%. That economic disconnect cannot continue forever—but it will, as long as the Federal Reserve fuels the fire.

Delta Air Lines Inc. (NYSE/DAL) is one of the largest airlines in the world, serving around 320 destinations in more than 60 countries. The company operates a mainline fleet of 700-plus aircraft, as well as maintenance, repair, and overhaul (MRO) and cargo operations. The company reported that third-quarter corporate earnings increased 31% year-over-year to $1.41 billion, or $1.59 per share. Revenue increased 5.7% to $10.49 billion. 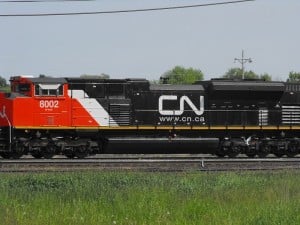 The Canadian National Railway Company (NYSE/CNI, TSX/CNR) operates the largest rail network in Canada and the only transcontinental network in North America. The company serves close to 75% of the U.S. population and all major Canadian markets. Revenues in the third quarter increased eight percent to a quarterly record of C$2,698 million, while corporate earnings were up six percent at $705 million, or $1.67 per share.

Old Dominion Freight Line Inc. (NASDAQ/ODFL) operates a fleet of more than 6,070 tractors and more than 24,000 trailers from about 220 service centers. In addition to its core services, the company offers a broad range of logistics services, including ground and air transportation, supply chain consulting, container delivery, and warehousing and household moving. The company said that third-quarter revenue was up 12% year-over-year at $616.5 million; third-quarter corporate earnings increased 17.8% to $60.1 million, or $0.70 per share.

Investors will eventually wake up from their Federal Reserve-induced investing coma and focus on corporate earnings and growth potential. Those companies whose share prices have been artificially propped up by the Federal Reserve’s easy money policy will face the harsh reality of a well-earned correction.

On the other hand, there will be those stocks that have performed solidly because of strong fundamentals, and they are the ones that are most likely to enjoy further gains when the U.S. economy gains sustainable traction.

Do we want secret court hearings in the UK?