The great arena was tense with expectation. The masses watched hoping for blood. The two tribes eyed each other suspiciously across the arena's divide and sharpened their weapons. Their leaders at the forefront prepared their carefully crafted arsenals for the great battle to come. The big leader and the pretender watched every move the other made. There was no going back, battle would be joined. 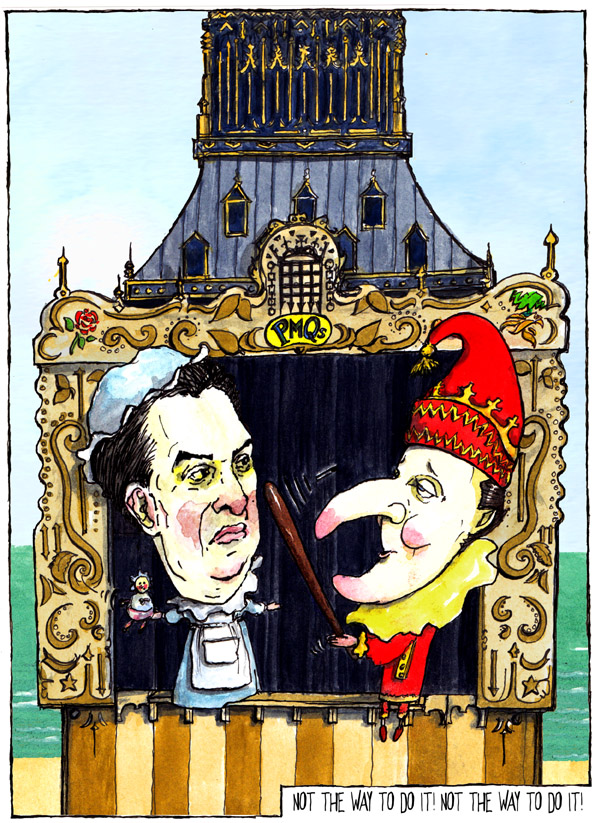 They were fighting again over the same old idealogical issues. But whatever the outcome not one piece of real estate or property would change hands. It was done for the mob, for enjoyment.

The big leader stood, stepped forward and with the following words combat began "This morning I had meetings with ministerial colleagues and others. In addition to my duties in the House, I shall have further such meetings later today."

What follows during Prime Ministers Questions (PMQs) is then usually a fistful of fawning sycophants asking scripted questions interspersed with the opposition just trying to trip the PM up in a public arena.

The trouble is that over the years it has been found that the best weapon for coming out on top in these nationally broadcast events is the cheap one-line gag.

No measured cutting political arguments and high minded debates for the mother of all parliaments. No, just a quip and a laugh.

Today was a prime example. When Angela Eagle, MP for Wallasey, tried to noisily correct the PM during one of his answers he turned to her and said "calm down dear, clam down, …." in the style of a Michael Winner TV advertisement to the evident delight of the Tory beckbenchers.

This has caused a storm, with Labour MPs calling the remark sexist and demanding an apology.

So, with all that is going on in the world in Libya, Syria, the world economy and austerity in the UK to name but a few, the whole week's work by UK politicians will be summed up in public's eyes (and ears) by the words "calm down dear".

PMQs is advertised as some sort of mechanism to hold the PM to account. Is it achieving that task? Or is it now just an outdated in-house sideshow? Does this half hour actually achieve anything for politics and the people of the UK?

Whatever the answers to the above and despite the cries of the Speaker, John Bercow, that the public don't like these Punch and Judy shows, the truth is that they do like them. They love the banter and the laughs. It also allows us to measure the ability of our PM (and opposition leader) to react under pressure where the worst that can happen is a bit of egg on the face. It is for these reasons that people watch it. Make it a deep and serious event and sadly the viewers would just fall away. Right or wrong, PMQs in the current bread and circuses format makes UK politics about as sexy as it's ever going to get.