Police and security experts have called on neighbours to join forces in a bid to tackle burglaries as dark nights loom.

Nearly three quarters of UK homeowners (73 per cent) would like to see more vigilance in their communities, according to a survey by home security firm ADT launched today.

But two thirds (68 per cent) said they hardly know any of their neighbours after living on their street for an average of six years.

The research comes as new statistics reported a significant increase in burglaries during the autumn months – up to ten per cent in some places.

According to UKCrimeStats, covering England and Wales in the last four years, reported break-ins totalled 35,798 in September, before leaping to 39,953 in October and peaking at 40,428 November.

Figures from the year before put these totals at 40,684 in October and 42,428 in November – a contrast with the summer months.

With experts agreeing on the link between darker nights and higher levels of domestic burglary, police want to encourage communities to form alliances to help deter thieves. 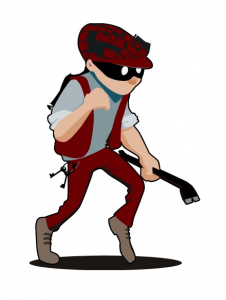 In the ADT survey of 2,000 British householders, nearly half said they had been burgled or knew someone who has been burgled on their street.

Another 26 per cent admitted that this made them feel unsafe in their neighbourhood and 17 per cent even claimed that they want to move house because of the burglaries.

But despite half of homeowners admitting they would feel safer knowing that their neighbours are keeping an eye out, one in three (31 per cent) admitted they didn't trust their neighbour enough to leave a house key with them.

And another third of residents (27 per cent) said they would worry they would appear nosey or interfering if they reported unusual behaviour.

“When a burglary takes place in your home or on the street that you live on, it can make you feel scared and vulnerable. Anxiety can be reduced by communities working together to keep an eye out, as well as improving security in their properties.”

Over half of those questioned (54 per cent) said that they had left a door and window open or unlocked when rushing to leave their house to get to work or ferry the kids to school. Three in 10 householders admit that they had returned from a school run to find the door wide open or unlocked.

“November is often a peak month for burglaries, with criminals taking advantage of the darker nights and hoping to steal the high value goods people may buy in the lead up to Christmas.

“Seemingly small measures can really go a long way towards protecting homes, such as timer switches and ensuring that doors and windows have the right protection. It is largely down to this increased vigilance that we have seen reports of burglary decrease by nearly a half in the last decade, but this should not distract householders from the on-going need to keep their home secure.”

ADT and independent charity Victim Support have pledged to work together for three years on the Take No More campaign. The initiative includes free crime prevention schemes for householders and aims to increase awareness of support services for burglary victims and to try ensure they get justice in court.

Latest crime figures show that there were 443,000 domestic burglaries in England and Wales in the 12 months to March 2014, a four per cent drop on the previous year.

Residents of South Yorkshire were most affected, with 1.19 per cent of the region's population victims of domestic burglary, followed by West Yorkshire and Humberside.