Read the report, A Tangled Web: Why you can't believe crime statistics, here.

Her Majesty's Inspectorate of Constabulary (HMIC) continues to underestimate the under-recording of crime by the police, a new Civitas report warns.

It demonstrates how, while flaws in police data-gathering are gradually coming to be acknowledged, the police inspectorate still fails to grasp the full extent of the problem.

Rodger Patrick, the report's author and a former West Midlands chief inspector, says questions remain for the police leadership and those responsible for police oversight.

The evidence justifies a judge-led inquiry into why the perversion of statistics by the police did not come to light earlier, he says: 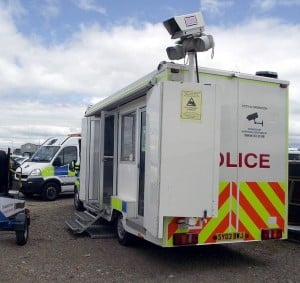 "The widespread occurrence and repeated nature of incidents involving the same phenomenon suggests that this form of police deviance is organisational in nature.

"This in turn raises questions about the standard of police leadership and those entrusted with the governance, oversight and scrutiny of the service."

HMIC have recently investigated the failure by police to record crime, describing it as "indefensible". Home Secretary Theresa May said it was "utterly unacceptable".

But Patrick says the HMIC audit failed to consider two important tactics in the under-recording of crime which means the inspectorate is yet to establish a comprehensive picture of the problem:

1. It failed to deal with the problem of victims being rebuffed at initial contact with the police and no crime record being made at all.

Victims are often informed that they must first attend a police station with documentation and proof that they have suffered a crime.

"This is where the majority of under-recording is likely to occur and is the crux of the cuffing confidence trick," Patrick writes. (p.91)

2. It failed to consider whether initial reports of crimes by control room staff were being wrongly-categorised.

"Their assumption that the risk of initial reports of crimes being wrongly categorised as non-crimes is smaller, and therefore not catered for in their methodology, is ill-founded," he writes.

"The easiest way for forces engaged in gaming in the form of cuffing to avoid detection is to categorise reported crimes as non-crime incidents. These could be classified as suspicious incidents or domestic disputes.

"The underlying assumption being made by HMIC appears to be that the behaviour being investigated is not organisational in nature and/or managerially orchestrated. Establishing if this was the case should have been an object of the exercise." (pp.88-90)

Another "glaring omission" is that HMIC have not audited 'taken into considerations' – a tactic that HMIC itself encouraged as late as 2010.

"One might surmise that they consider this is a stone best left unturned," Patrick writes.(p.92)

The issue of police "gaming" poses a dilemma for politicians who, if they are to grasp the nettle and introduce more robust statistics, will have to contend with an inevitable rise in recorded crime.

"It would appear that the dilemma for the Coalition government is whether or not to alert police and crime commissioners to the current situation and to support them and the regulators in addressing the issue robustly," Rodger writes.

"Such action risks a media frenzy and possible 'moral panic' as recorded crime will inevitably rise."

In A Tangled Web: Why you can't believe crime statistics, Patrick lays bare the techniques used by officers to "game" the system over many years. He explains how and why police manipulate the figures to improve reported performance by "unethical and in some cases unlawful means". The result is that crime appears lower than it really is.

Techniques in what he calls the "Perverse Policing Model" include:

• Cuffing – making crime disappear by failing to record it;

• Nodding – whereby suspects nod at locations and crimes they claim or can be induced to claim they are responsible for, so they are 'taken into consideration';

Police data is "manipulated to such an extent that it serves little purpose in measuring crime levels of the performance of the police service", Patrick writes.

"Whilst under-recording crime is the most common form of police 'gaming' behaviour it is not the only one. However, it is likely to become the most prevalent, as the coalition government elected in 2010 dismantled the plethora of centrally set targets and placed the focus on reducing crime."

The long-term and repeated nature of this "gaming" of performance indicators warrants an independent inquiry, he says:
"The evidence presented in this book would support the call for an independent judge-led inquiry to establish why the perverse behaviour underpinning the unreliable crime statistics was not challenged earlier."