Police take a DNA sample from a child every 10 minutes in England and Wales, figures obtained by the Howard League for Penal Reform reveal today (20 May).

New research by the charity has found that officers took swabs from almost 54,000 boys and girls aged 17 or under during 2011.

They included at least 368 10-year-olds and 1,030 11-year-olds, meaning that on average officers took samples from 27 primary school-age children every week.

Many of the children required to give a sample will not have been charged with a criminal offence.

Under current rules, police can retain indefinitely the DNA of anyone they arrest for a recordable offence. A new law, imposing tighter restrictions on DNA retention, is expected to come into force later this year.

In 2010, officers took almost 70,000 DNA samples from under-18s, including four from children who were younger than 10 – the age of criminal responsibility.

About 30 per cent of the child DNA samples taken by police come from girls.

“When public money is tight and police forces are shrinking, it is disappointing to see valuable crime-fighting resources being wasted on taking DNA samples from thousands of innocent children while serious offences go undetected. 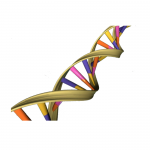 “Children who get into trouble with the police are usually just up to mischief. Treating so many like hardened criminals by taking their DNA seems excessive.

“We welcome the government’s decision to stop storing innocent people’s DNA indefinitely, but it remains unclear how this will affect the number of children having their DNA taken needlessly.”

Last December, the Howard League published data which showed that the total number of children arrested by police had fallen by a third between 2008 and 2011.

In total, more than one million child arrests have been made in England and Wales since 2008.

Total number of children in England and Wales who had DNA samples taken by police:

Surgically implanted bombs, what next?