Using the mansion tax issue as a political weapon could have serious, unintended consequences for the UK economy, says the chief executive of the world’s largest independent financial advisory firm.

The observations from the deVere Group’s Nigel Green come a week before the next Opposition Day in the House of Commons (Tuesday 12th March), when MPs are expected to debate the issue of introducing such a tax.

Last month, Labour announced its backing for a mansion tax and challenged the Conservative’s coalition partners, the Liberal Democrats, to support the plan – which has long been a Lib Dem objective – in a vote in parliament.

Mr Green, whose firm specialises in expatriate wealth management, says: “Our advisers in the UK have reported a surge in the number of international investors and high-net-worth individuals who are enquiring about relocating themselves and their assets outside of Britain to safeguard their wealth.Â

“It would appear that even talk of a mansion tax, and all the political posturing that is going with it, is ringing alarm bells for these clients, so there’s no doubt in my mind that should it come into effect, the result will be capital flight – because these people have the resources available to them to simply ‘up sticks’ to a lower tax jurisdiction if the UK loses its attraction. 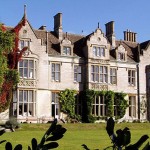 “This of course would be disastrous for the economy as the highest earners in the country contributed a staggering 25.7 per cent of the UK’s total income tax in the last financial year.

“It’s extremely alarming that any political party, especially in these tough economic times, would want to risk potentially losing a large proportion of that revenue, which amounts to around Â£41bn, for the sake of raising between Â£1.7 and Â£2bn for the Exchequer through a mansion tax.

He concludes: “It’s not surprising that people are baulking at the idea of mansion tax, and therefore considering their options with their financial advisers, because they are most likely to have bought their property with money that has already been taxed, either by inheritance tax or income tax, plus they will have paid stamp duty on the transaction and will be being charged council tax.”

Could The Pain In Spain Finally Be On The Wane?