Commenting on David Cameron's speech on the deficit, Ryan Bourne, Head of Public Policy at the Institute of Economic Affairs, said:

"The Prime Minister may pay lip service to spending restraint rather than tax rises, but continuing to protect the same spending areas after 2015 would make the planned deficit reduction extremely difficult indeed. Increasing NHS spending whilst leaving other big ticket items like the state pension untouched would make it almost impossible to balance the books.

"Several of the current government's policies have exacerbated the UK debt problem. The triple-lock on pensions, the ring-fencing of healthcare spending, the Dilnot reforms to social care and the abolition of contracting-out of the state pension have all significantly worsened the long-term UK debt challenge. 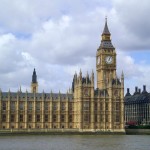 "Politicians must wake up to the size of the debt time bomb in the UK. Older generations have voted themselves benefits that will indebt future generations on unchanged policies, meaning crippling tax hikes for our children and grandchildren. It's high time that our politicians start being honest about the very significant spending restraint that will be required in the next parliament and beyond to get our debt levels back under control."