As Lin Homer, the HMRC chief executive, and other HMRC heads faced the Public Affairs Committee to answer questions on how tax is collected from large foreign companies, the boss of the world’s largest independent financial advisory firm branded politicians’ outrage on the matter as “hypocritical and misguided.”

The PAC has recently claimed that several major multinationals including Apple, Google, Facebook, eBay and Starbucks have “avoided nearly Â£900 million of tax”. The key word here of course is ‘avoided’, which makes it legal, as opposed to ‘evasion’.

Nigel Green, CEO of the deVere Group said: “A growing number of politicians are ‘banging the drum’ on the issue of multinationals’ tax.Â  They claim that by legally mitigating their tax obligations, these corporations are somehow failing the British public.

“It might be worth considering if the system needs to be changed, but it is hypocritical and misguided for MPs to berate these firms when they are acting within the letter and the spirit of current UK tax laws, which for more than 100 years have put ‘clear water’ between a company that trades with Britain and one that trades within Britain.

“Until those laws are modified – laws which are similar to those found in most countries around the world – the witch-hunt of these wealth and job-creating multinationals must be called-off.

“These foreign corporations are free to structure their business interests to take advantage of more tax-efficient regulations in other countries, so long as taxes are collected in accordance with where genuine economic activity is undertaken.”

The Labour MP and chair of the PAC, Margaret Hodge, has called for both Google and Starbucks to appear before the Committee, but no date for this has been set yet. 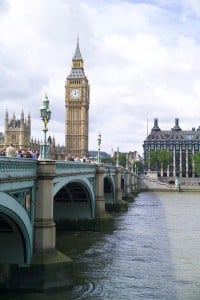 Google Invests in the ‘Gig Economy’