Politicians from all parties have been joining the growing Move Your Money campaign, encouraging people to move their money out of the big banks into building societies, cooperatives, credit unions and ethical banks.

Among those supporting the campaign are senior politicians including Lord Oakeshott, Shirley Williams, Conservative Minister for Civil Society Nick Hurd, Caroline Lucas and John Mann, Labour member of the Treasury Select Committee. Nearly fifty other MPs have already signed Early Day Motions in support of the campaign with many more MPs continuing to pledge to move their own money.

A letter co-signed by John Mann, Stephen Williams and Caroline Lucas was sent to all MPs and Peers, calling on their colleagues to ‘show that we are on the side of the public’ by taking a ‘personal stand’ against the big banks and moving their own money. The letter said:

‘The public have lost trust in the big banks and are concerned that their politicians are more interested in political point scoring then the urgent task of fixing our broken banking system… Half a million people have already taken a stand and moved their money; now it’s Parliament’s turn.’

Lord Oakeshott, Liberal Democrat peer and vocal critic of the big banks said: 'I support Move Your Money. I have recently moved an account from the Bank of Scotland to the Co-op. If I had an account with Barclays I would certainly close it like a shot.’

Joining the campaign, Jo Swinson, MP for East Dunbartonshire said:
‘One way we can all try to bring about change is to send a clear message and put our money where our mouths are by choosing mutual and ethical alternatives to the big banks. I’ve recently joined the local credit union and encourage others to do so.’

Joint Chair of the All Party Parliamentary Group on Financial Mutuals MP Jonathan Evans added: ‘By moving some money into local credit unions we can help mutuals compete on a level playing field with the big banks.' 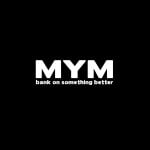 ‘Given the hailstorm of banking scandals from Libor, to PPI and money laundering, it's high time politicians stopped taking shelter behind empty rhetoric and put their money where their mouths are by moving their money.

Seven banks will be called before US regulators to explain their implication in the Libor scandal, its vital that our politicians take a stand for the integrity the British banking sector’

He added: ‘It also makes a nice change to see MPs acting as positive role models with their personal finances.’

Move Your Money UK is a not-for-profit campaign organisation calling on people to move their money out of the big banks and into building societies, credit unions and ethical banks. Over the coming months they will be launching a nationwide campaign to encourage Local Authorities, small businesses, charities and religious organisations to move their money to better banks.