Today we had the latest official data on the UK economy from the ONS. The bumper set of figures – known as the Quarterly National Accounts to aficionados – contained updates on household saving, corporate profitability, export and imports, and lots of other things. They also contained some quite noteworthy revisions to GDP data, with two big takeaways.

First, the UK is now no longer thought to have had a double-dip recession. Technically, a recession is defined as two quarters of falling national income. And with the ONS now thinking that the economy was flat in the first quarter of 2012, rather than a seeing slight fall, that means there was no return to technical recession. This will clearly be a boon for George Osborne, who not too long ago was flirting with the possibility of a triple-dip recession. Like the revelation that the government deficit did actually rise last year, revised from Osborne’s triumphalism at the Budget, this again indicates that politicians and the media should probably not get so overexcited about small movements in big numbers. It is the broad trend that matters much more. I suspect George won’t listen though – so the political spin on today’s numbers is likely to be positive from many, as we didn’t have a double dip.

Second, in terms of what really matters things are actually much worse. The ONS has revised the extent of the fall in GDP during the financial crisis and recession – in total the economy is now thought to have shrunk by 7.2% from peak to trough, compared with 6.3% previously. Combined with some other past revisions, this means that the ONS now thinks that GDP was 3.9% below its pre-recession peak at the start of this year, rather than 2.6% below.

This is a big change, and it really matters. Normally after recessions the economy has bounced back reasonably quickly, once savings and employment have stabilised. This is not the case here; not only is the damage from the recession thought to be bigger, but the government has done an even worse job of closing the gap to where we should be. 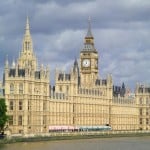 In the jargon, this ‘gap’ is sometimes called spare capacity, or the output gap. And the problem is that it can close from both sides. If there is persistently not enough demand in the economy – we see high levels of unemployment – then eventually workers’ skills will atrophy, they will earn less money when they eventually find a job, or they will drop out of the workforce altogether. This hits potential supply, and GDP can be permanently lower as a result. We saw this in the 1980s with the high unemployment rates under Thatcher, and again in other countries.

The bottom line is that high unemployment and weak demand, if left for too long, can leave lasting scars on an economy that are felt for decades. Although the political spin may centre on the lack of a double-dip, the real economic news from today’s data is that the UK is in a much worse state than previously thought.

Town Planning & Localism: Why do we have a planning system?