The UK Independence Party today criticised Northumbria Police over their handling of an alleged case of postal vote fraud at Cowpen in the County Council elections on Thursday.

Party Director Cllr Duffy said today, "So far all we know of the allegation is what we have read in the press.At no time have the police contacted us and our calls to them have gone unanswered.It is hard for us to rebut these damaging allegations while the police will not say what they consist of.

"The UKIP candidate for Cowpen went to the police station in Blyth voluntarily and was told by the investigating officer that he did not know the details. Yet the same officer seems happy to brief the national media with details", she added.

"Again through the media we have found the allegations concerned one of our supporters who helped an elderly neighbour with her postal vote form and offered to post it for her. We understand a complaint was made by a member of another party who arrived at the lady's house an hour later", said Ms Duffy.

"The UKIP member involved has also been voluntarily to the police station accompanied by a solicitor who has told us that his his opinion we have no case to answer.

As things stand we have received damaging press coverage while the police have made no effort to contact us, the local candidate or the member involved". 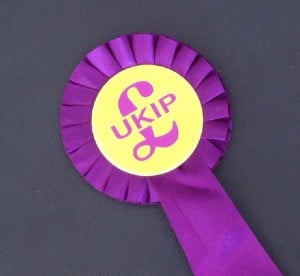 Friends of the Earth reaction to government nuclear deal