Aiming to raise £350,000 from the crowd, the pitch is open to anyone interested in supporting Powered Now's disruptive technology.

It will use the capital for marketing and further development of its award-winning mobile business administration apps for small firms of trades people, such as builders, plumbers and electricians. 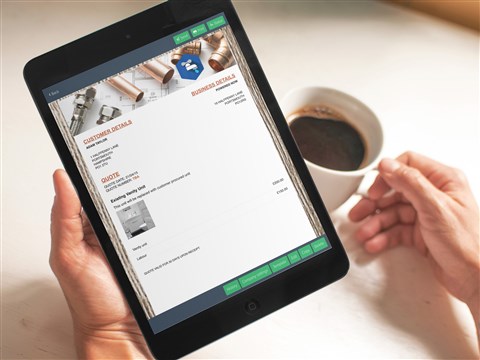 Powered Now is looking to secure a minimum of £350,000 on Crowdcube in return for 10.8% equity. The money will both scale up the already successful marketing strategy and allow further product development. This is the second round on Crowdcube after a highly successful raise of £585,000 in the summer of 2014.

The team of ten people are based in the UK and Hungary and has been developing the technology for the past three years.

"We chose Crowdcube because it's very accessible, being open to anyone who wants to get involved with innovative and disruptive businesses like ours," says Chris Barling, Powered Now's co-founder. "Like last time, we think the public will be keen on investing as so many use tradesmen and know how they can struggle to get quotes out quickly. The campaign will also help Powered Now get the message out through a crowd of enthusiastic ambassadors, so it's all very exciting for us."

Powered Now is a mobile admin application aimed at sole traders and small firms of plumbers, electricians, builders, and the like, who are mostly in the field at customers' premises and working from vans rather than offices. They often struggle with paperwork and payment which wastes time, and therefore money.

The app runs on iPads, iPhones and Android smartphones and tablets. It computerises administrative tasks including customer communication, diary management, quoting, invoicing and taking payment by card or PayPal. It works for both independent tradesmen and companies with employees. All information is held in one place and automatically backed up to the cloud whenever there is a connection, so even if you damage or lose your device, you can download the data to the replacement.

In 2013, it won Microsoft Bizspark best mobile app; in 2014 Powered Now was Crowdcube's Start-up of the Year; and in 2015 it has been featured as an Apple best new business app.

Over 30,000 users worldwide have downloaded and registered their details with the app.

"The field trade industry is one of the last to see the real benefits of the computer revolution," says Benjamin Dyer, CEO and co-founder of Powered Now. "And this is despite the fact that there are around 950,000 such businesses operating in the UK alone. By providing our apps to help these companies and individuals manage their paperwork we have already demonstrated that we can make them more productive and profitable."

What is equity crowdfunding?

Equity crowdfunding provides an alternative to banks and angels for start-ups and early-stage businesses seeking finance. Investors can put in anything from £10 upwards and they get shares in exchange for their investment. In 2013 Kevin McCloud's Hab Housing project was the first business in the construction sector to use equity crowdfunding and it hit the headlines by raising over £1.6 million on Crowdcube.