Almost 38,000 people have joined a campaign calling for the legal right to include mothers’ names on marriage certificates.

Outdated regulations mean the father’s details, rather than those of the bride and groom’s mothers, must be included on a marriage certificate.

“It beggars belief that current regulations mean it’s still the case that a marriage certificate must include details of the father but not the mother of the bride and groom.

“I call on the Home Secretary to change this law without delay and allow people to recognise the importance of mothers on their marriage certificates.”

Caroline Criado-Perez, feminist campaigner and journalist, who fought for the representation of women on Bank of England banknotes, said: 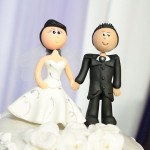 “I was horrified when I found out that in the 21st century we are still signing legal documents that enshrine inequality. This document recalls marriage’s dark past, when it existed as an oppressive institution in which women were traded between men in a financial transaction. It is high time we severed our links with that past and dragged marriage into the present. I won’t be getting married until we do.”

“This is just one example of everyday sexism and of women being written out of history. The pressure is mounting on the Home Office to make these legal documents comply with the Equality Act. If everyone who agrees that this anachronism must change signs the petition and asks their MP to sign the Early Day Motion then this will send a strong message that the public do not find this inequality to be acceptable in 2014."

You can see Ailsa’s petition (and sign it) here: change.org/nameequality.