Priced Out Of The Housing Market

The latest numbers on house prices from the Office for National Statistics (ONS) shows that prices rose by 10.2 percent in the year to June, which is very slightly down on the 10.4 percent seen in the year to May.

Looking at regional increases house price annual inflation was 10.7% in England, 3.5% in Wales, 6.0% in Scotland and 4.9% in Northern Ireland says the ONS. All of these are well above CPI inflation and average wage increases.

This will further increase the gap between the aspiration of home-ownership and the realistic prospect of doing so for an ever growing proportion of the population – especially as prices are rising faster for first time buyers than they are for second steppers. But it also has a major impact on those who rent as rising house prices ultimately feed through and force up monthly rents.

The only people that will be pleased with this news are property owners and those who have an interest in ever rising prices (banks, lenders, government, agents etc), but it can only last a short time before something gives. What, when and exactly how long are the questions.

“The bubbling housing market is showing signs of cooling, with annual growth down by 0.2% from May, but prices are still rising across most of the UK. Much of the growth has been driven by London, where prices remain high and prime property has become the exclusive reserve of the super-rich. Excluding London and the South East, house price growth is a far more modest 6.3%. 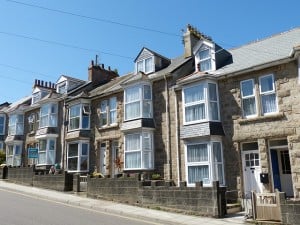 "While the cause of this slowdown is hard to pin-point it is likely that the double whammy of MMR and loan to income restrictions have tightened mortgage supply with buyers waiting weeks for a mortgage interview with popular lenders. This, combined with a fear of interest rate rises and concern that property prices may be over-cooked has sent the less committed buyers running for the proverbial hills”

“While this rebalancing of supply and demand may not be a bad thing, when the expected Bank of England interest rate rise happens, it could yet  throw a spanner in the works for buyers and sellers alike. Many are already seeing the amount they can afford over-stretched with the average first time buyer paying 12% more than last year.”

"Today’s ONS house price figures offer grim reading for today's renters, for whom home ownership is getting increasingly out of reach.

"The data shows that house prices for first-time buyers are increasing at a faster rate than they are for owner-occupiers – at 12% relative to 9%.

"This is making an already difficult position for those in Generation Rent near impossible, especially given that saving for a deposit is being made ever tougher by negligible wage growth.

"A SpareRoom poll of more than 4,000 people this week revealed that 41% of flatmates think it will be at least a decade before they can afford to buy – up from 24% three years ago. And 19% believe they’ll never be able to buy a home.

"The reality of home ownership today is that many people have given up on it altogether. This is especially the case for young renters living in London and the South East of England.

"Many tenants would prefer to be paying a mortgage than rent each month, but face a life of renting instead."