The Bishop of London's speech at the royal wedding has had internet forums buzzing with speculation on whether or not Prince William is the Antichrist.

Addressing the royal couple Richard John Carew Chartres, who is the Bishop of London, quoted St Catherine of Siena whose festival day coincided with the royal wedding.

He said "Be who God meant you to beÂ and you will set the world on fire."

And that single ambiguous line has sent tin foil hats across the world into a twirl.

This line alone is hardly compelling evidence in identifying William as the beast from the book of Revelation but in the minds of some fanatics it backs up a previous claim that William is the spawn of the devil and not of Prince Charles.

You see, ladies and gentlemen, this is not the first time that hardcore conspiracy theorists have looked towards Prince William as the Antichrist.

There is another chilling conspiracy theory that has been circulating for some time and one that will send shivers down the straight jackets of the most hardened World of Warcraft players and that is the claim in which Prince William is identified as a clone of Jesus Christ!

Vague facial similarities have been identified between Prince William and the face on the Shroud of Turin (a piece of linen cloth that is supposed to have covered the body of Christ after his crucifixion before his resurrection) and it is believed by people who haven't taken their medication that William has been cloned from blood found on the Shroud of Turin.

Conspiracy theorists say his alleged cloning process has resulted in the greatest of blasphemies where the Antichrist is now inhabiting the body of Jesus and walking the earth plotting death and destruction, committing the most evil of practices and enjoying skiing holidays.

You must of course forget that the shroud contains no retrievable blood DNA from the which to clone from and that Prince William is blonde (which Christ most certainly was not) and looks just like his mother in order for there to be a miniscule of a slither of validity to these claims. 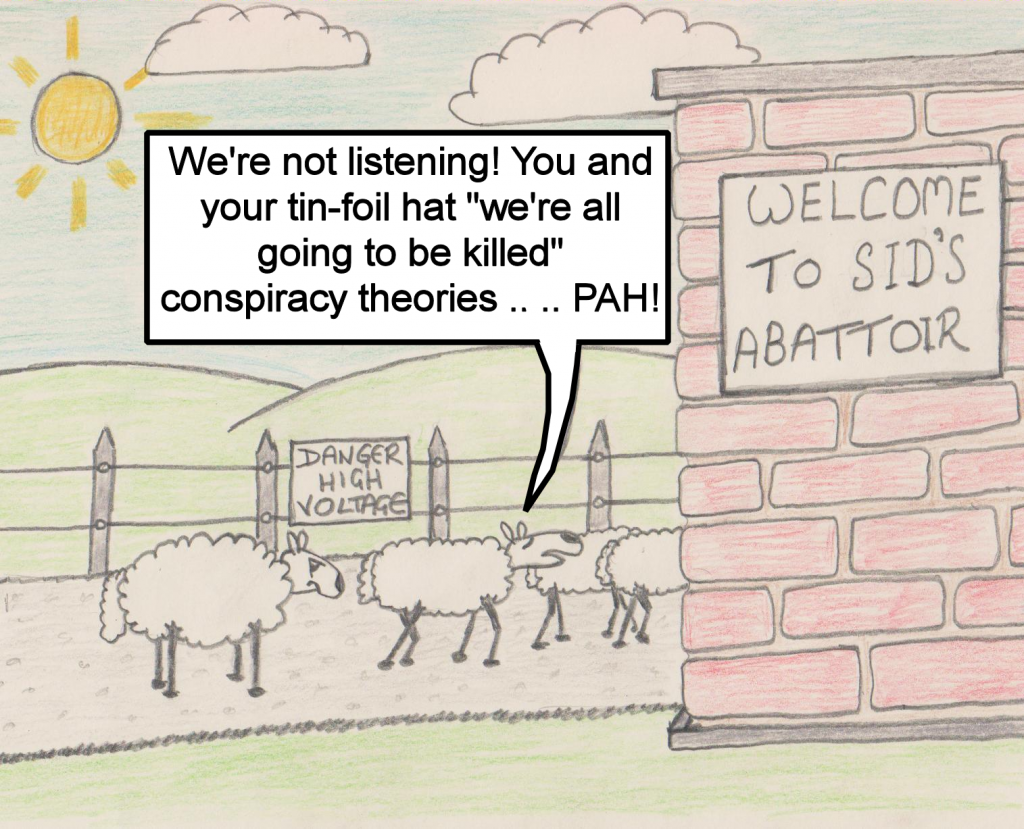 And let us not forget that there is a sequence and timeline of events in the Book of Revelation in the Bible that states the church will be met in the air (the contentious 'rapture') before the man of sins is revealed.

So if William is the Antichrist then 'The Rapture' has been a very low key event.

However there is a slight similarity between the face of Jesus and the blood stained shadowy imprint on the Shroud of Turin but this means nothing.

After all Samantha Cameron looks like a horse but does that mean that Shergar is her father?

Or was the Bishop London addressing his satanic majesty and waving the identity of the Antichrist in-front of the noses of the 2 billion viewers who tuned-in to watch the Royal wedding?

If he was then it was done in a style reminiscent of a children's pantomime with the children shouting "He's behind you!!!"

But I am afraid there is a third part to this conspiracy theory relating William being the Antichrist and that is in his middle name which is 'Arthur'.

This most tenuous load of rubbish earth shattering missing link clearly aligns William with the 'once and future King Arthur'.

Well there you have it folks make your own mind up on the drivel clear evidence presented by the lunatic fringe well researched individuals from outside the mainstream media.

Katie Price AKA Jordan and Alex Reid set to split