Princess Michael of Kent's very close friend, Mikhail Kravchenko, has been murdered in a contract killing in Moscow.

46 year old Kravchenko's body was found in the Moscow suburb of Peredelkino after being shot five times to theÂ torsoÂ then dragged from his Mercedes Benz to be shot in the head.

Police are not ruling out the murder as a contract killing relating to a business deal orÂ dispute and believe it was the doing of two professional gunmen.

TheÂ RussianÂ millionaireÂ and Princess Michael of KentÂ have, in the past, been linked as lovers. But both parties denied that their relationship was anything other than a close platonic friendship.

However in 2006 speculation ran rife over the nature of their close friendship after photographs emerged of PrincessÂ MichaelÂ and Kravchenko holding hands and takingÂ gondola rides together in Venice, a trip which saw the Princess allegedly book into a very high class hotel under an alias.

Conspiracy websites are warming up to this news seeing as there are some ratherÂ startlingÂ similaritiesÂ to the death of Princess Diana's lover, Dodi Fayed and that of Mikhail Kravchenko.

i.e. both men were romantically linked to royals to the detriment of the reputation of the British royal family and both died in anÂ incidentÂ involving a Mercedes Benz.

Diana famously wrote a note to a close friend saying that she feared for her life and that she believed her husband, the Prince of Wales or his family, may try to have her killed in a car crash yet the Royal family faced no such police scrutiny.

The internet is awash with conspiracy theories relating to Diana's death some of which implicate Prince Michael through his influence as one of the highest ranking (if not the most high ranking) Freemasons in the world.

Many senior ranking police officers are openly known to be Freemasons and so the potential influence of Prince Michael on police investigations has been a point raised by conspiracy researchers many times in the past.
But all this speculation will mask a tragic death because when you put aside all the speculation over who and why, you are left with the tragic death of a man, haunted by the deaths of his wife and family in a car crash back in 2001.

This man died alone and in the most traumatic of circumstances but now he is reunited with his wife and daughter. 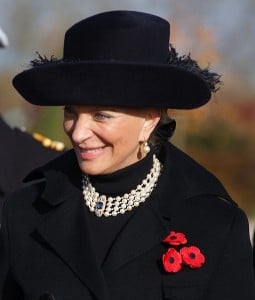