It's faster and easier than buying your own hardware, Prism IT Solutions founder says

"The Cloud" is the only way start-up schemes can be effective in today's economy with its tight credit and constantly evolving technology, said Gary David Smith, founder of Prism IT Solutions.

"There is no money to invest in young people starting businesses and the banks aren't lending. A Cloud-based business can be run on a shoestring with a king-hit result. Let's embrace The Cloud as a launch pad. It's full potential still hasn't been realised,' Gary David Smith said.

Cloud computing suppliers also conduct the server maintenance, including security updates. The services usually are pay-as-you-go, eliminating the need for capital expenditures. They also have minimal start-up costs and operating expenses are easier to forecast.

The start-up loans scheme has suffered from something of a disconnection because young people don't realise how much they can do with a small sum such as £2,500. It's actually quite a lot for a beginning business if it is spent correctly," Smith said. 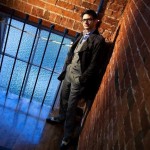 An estimated 18 percent of small and medium UK businesses use cloud computing and another 30 percent are expected to do so in the next year. By 2015, it is expected to account for nine percent of the UK's IT services and software market.

Gary David Smith said Prism IT Solutions was an "organically grown technology enterprise" with no funding and debt and The Cloud helps make that possible, he said.

"Young people don't realise the opportunity before them. You can save 90 percent on the costs of a traditional 'bricks and mortar' business.

"That is money that can go back into servicing your customers and growing your business instead of buying hardware that's liable to be obsolete in a few years. Scaling up with The Cloud is very fast, it's fantastic," Smith said.

Cloud-based email and video storage systems also would have saved them the pains of trying to increase storage capacity, he said.

The Stocks to Watch This Earnings Season

Customer data to drive the majority of sales decisions by 2020