The recent ruling by judges at the European Court of Human Rights has said that the UK must withdraw its blanket ban, which prevents prisoners being allowed to vote.

Although welcomed by civil liberties groups this judgment has been slammed by many as infringing on UK sovereignty. And famously David Cameron, the PM, has said in the past that the thought of giving prisoners the vote makes him feel “physically ill”.

The trouble is that the PM is, in all probability, now feeling physically ill at facing the choice of either having to explain to his party why he is giving prisoners the vote, or to convince the electorate that we should pay prisoners millions in compensation for withholding the right. Because those are the choices he has. Apart from disengaging from the ECHR process altogether of course or reforming it.

The UK helped make the laws and signed up to them, presumably in the belief that such judgments would be aimed at governments with more Syrian tendencies that good old Britain. But when a big powerful body is starved of big juicy cases based on their core reason for being they are then tempted to stray further afield in their attempts to stay relevant (and in existence). And with the amount of money sloshing around in the legal system and the hunger to attach a ‘human rights’ angle to every issue then you can see this bandwagon just rolling on.

As a result of this ruling the UK will have to arrange for some prisoners to be given the power to vote within the next six months, still then legally leaving the worst offenders without a vote. So it’s not a blanket lifting of the UK ban anyway – before everyone gets in a huff about it.

For me though the whole issue of human rights is flawed. As I’ve said before, a human right is only a right as long as you have the power to enforce it, or someone else is prepared to do so for you (UK human rights v extradition to the US?). Without that your rights can and will be ignored. On this basis rights aren’t rights, they are just temporary privileges. I know that it shouldn’t stop us aspiring to make everyone’s lives more secure though.

A human right also cannot be a human right if some humans do not have that right. It’s a contradiction in terms. It does not matter how ‘bad’ they are, they are still human so should have ‘human rights’.

What we try to do is cloud the issue and claim that they are rights, but that we will treat them like privileges in that you can have human rights as long as you are a good boy.

For real human rights we should look at the worst offenders we have in prison throughout the world and ask ourselves “what real basic human rights would I afford this person?” Then everything else after that is a privilege that society gives you, which can be withdrawn by due process of law. 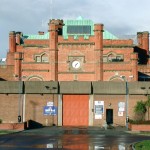 But when looking at some of the murderers and rapists in jail many would withdraw all rights and privileges up to the point of relieving them of their lives too. So what basic fundamental human rights are there really?

Even the much vaunted human right to life can legally be withdrawn from someone if they themselves are about to commit a murder for example. Police marksmen and those acting in self defence therefore have the power to by-pass ‘human rights’ laws. And in those cases so they should; after all it would be a nonsense to allow the killing to go ahead and then put the murderer on trial later.

But if a human right can be withdrawn by another human then it is not a right it is a temporary privilege. There is nothing fundamental about it.

While we dodge this issue of rights versus privileges starting right at the top in international courts then we will keep having these arguments and legal problems.

Traders unimpressed by launch of ESM