Demand for health cover was solid in 2012 as the number of private medical cover policies in the UK (insured and self insured) moved upwards by 1.1% to reach 4.033m at the start of 2013, according to the latest research from healthcare intelligence provider Laing and Buisson. This followed stable demand in 2011 when policies edged down very marginally by 0.1%, but a sizeable contraction in policy numbers of nearly 8% overall during 2009 and 2010.

Findings in Health Cover UK Market Report 2013 highlight that the small rise in policies during the year was driven by a shift towards self-insured medical expenses schemes (typically written under Trust) which offer large companies Insurance Premium Tax (IPT) exemption, and scheme flexibilities. Of the 58,500 rise in company paid policies during 2012, equivalent to 2% growth, 35,700 were self-insured by employers, and 22,800 were insured.

While a weak UK economy has prompted more employers to seek cost savings on offer with their health cover, vulnerable household budgets have put pressure on individual demand for cover. While this continued in 2012, as the number of individual paid policies dropped by 1.5% – or 15,500 policies – the decline was much smaller than in previous years (down 31,800 in 2011 and 50,800 in 2010) suggesting that demand for individual cover may be looking to level off in the near term.

However, overall penetration of the UK population by private medical cover remained at an estimated 10.8% at the start of 2013: the lowest rate in more than 20 years.

Commenting on the present state of the market, author of the report, economist Philip Blackburn said:

‘At a time when the economy is struggling to grow at all, solid demand for private medical cover offers the industry a clear chink of light that growth is likely to move forwards when the economy wheels start to turn faster. The strength of employer funded private medical cover is a positive, and a more modest decrease in individual demand provides optimism that the ‘worm could be turned’ by insurers in this market area.’

He added: ‘Certainly a recent spate of new products from insurers, as identified by this report, which strip down medical cover to suit a wider distribution of healthcare needs and healthcare budgets, with examples such stand alone diagnostics and therapy care, provide a raised platform for medical cover to penetrate further across all ages as more cracks in NHS performance are expected under its financial constraints.

‘However, upward pressure on claims costs continues to shadow prospects of wider penetration for the sector. Claims costs ran ahead of premiums in 2012 in a year when there was a cranking up of cost containment initiatives by leading insurers, such as open referral and direct insurer to specialist referral within primary care, and as such ongoing initiatives are expected to feature with similar puissance going forward. Results of the Competition Commission’s investigation into private healthcare next year may provide some further answers for insurers, though significant and sustainable efficiencies are likely to be a long term challenge.’ 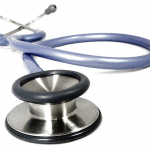 Flat demand was underpinned by continued polarised trends between sectors in the cash plan market, as a strong increase in demand for employer funded cash plans of 15.4% to reach 588,000 contributors was contrasted by a continued fall in individual/employee paid contributors of 3.7%, moving the individual total to 2.01m, a historic low.

Spending on health cash plans fell by 2.6% in real terms during 2012, though a sharp deceleration from 2011 and 2010, when spending fell by 7.5% in each year, as the average price paid for cash plans, at an estimated Â£180, was more robust than in previous years.

While demand for dental cover had appeared the strongest during the economic depression of recent years, the number of subscribers to ‘stand alone’ dental benefit plans decreased marginally by 0.9% in 2012 to reach 3.24m at the start of 2013, following a small increase of 0.6% a year earlier in 2011. A subdued private dentistry market under the current economic climate led to a fall in dental capitation subscribers of 1.7% over the year to be 2.56m, but a rise of 2.2% in dental insurance subscribers to settle at 673,000 at the start of 2013, confirmed its continued popularity as an employee benefit with employers.

Image By Stethoscopes (Own work) [CC-BY-SA-3.0 (http://creativecommons.org/licenses/by-sa/3.0) or GFDL (http://www.gnu.org/copyleft/fdl.html)], via Wikimedia Commons