Private prisons are the worst in the country

The Howard League for Penal Reform has called on the government to halt the privatisation of justice after two private prisons were today (25 July) rated among the worst in the country.

A Ministry of Justice (MoJ) report has concluded that the overall performance of G4S-run Oakwood and Serco-run Thameside is ‘of serious concern’ awarding them the lowest ranking possible.

Meanwhile, another MoJ report has rated the performance of every probation trust in England and Wales as either exceptional or good.

The reports come shortly after the government announced plans to hand the majority of probation work in England and Wales to the private sector.

“There could not be a more damning indictment of the government’s fanatical obsession with justice privatisation than its own performance figures. 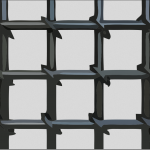 Bars by Antonu via Wikimedia Commons

“Last autumn, the Justice Secretary hailed G4S Oakwood as an example what the private sector could achieve in prisons. We agree. The prison, ranked joint-bottom in the country, is wasting millions and creating ever more victims of crime.

“The figures also show that the public sector probation service is turning lives around, protecting victims and keeping costs down. We have the best probation service in the world. So why is the government trying to destroy it by handing it over to private security firms? The Justice Secretary should immediately scrap his politically-motivated privatisation of probation.”

The prisons were rated in the areas of Public Protection; Reducing Reoffending; Decency and Resource Management; and Operational Effectiveness. The ratings can be found here.

The Life and Times of Nelson Mandela